Todd Edwards got his chance at pros; Lasted four seasons in field and on mound, made high-A 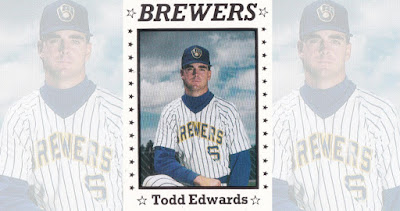 Days after signing with the Brewers in 1990, former University of Arizona outfielder Todd Edwards arrived at camp and gave The Arizona Daily Star a brief update on his situation.

"I'm glad to be here," Edwards told The Daily Star. "I may never get another chance."

Edwards' professional chance ended up lasting four seasons and span both time in the field and on the mound. His career topped out at high-A.

Edwards' career began that season in 1990, taken by the Brewers in the 29th round of the draft out of Arizona.

Edwards started with the Brewers at rookie Helena and single-A Beloit. He hit .333 in 56 games between them.

He also started off hot with Helena. By early July, he had a .410 average. The team felt his absence from an early July game, Helena manager Gary Calhoun told The Helena Independent-Record.

"Edwards not in the lineup hurt us," Calhoun told The Independent-Record.

Edwards started 1991 back at Beloit, then moved to independent Salt Lake mid-year. He hit .288 in 53 games at Salt Lake.

Edwards then turned to pitching, and moved to the Cubs system. He saw 25 outings there, saved seven and ended with a 1.17 ERA.

The Cubs protected him that off-season in the expansion draft and had him on their AA roster, but then released him. He signed for 1993 with the independent San Bernardino Spirit.

"There must have been something they didn't like," Spirit manager Greg Mahlberg told The San Bernardino County Sun of the Cubs' release of Edwards, "but I really don't care. I know what he can do."

Edwards' stay there, however, proved brief. He saw seven outings and gave up 12 earned in 6.2 innings to end his career. 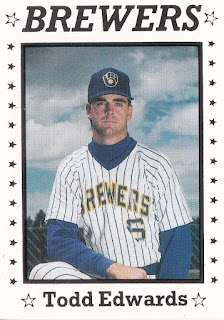