Chris Wheat had a great game at Helena in 1990; Played two seasons, briefly made single-A 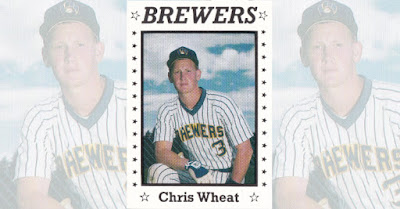 Chris Wheat didn't play every day for the Helena Brewers in 1990, but when he did, he tried to take advantage, according to The Helena Independent-Record.

On this night that August, he took advantage with three hits, an effort his manager Gary Calhoun called "exceptional," according to The Independent-Record.

"I had a great game tonight," Wheat told The Independent-Record. "I just play when someone gets hurt or needs a rest."

Wheat had that outing in his first season as a pro. He went on to get more playing time in his second campaign, but that year also turned out to be his last. He played two seasons and briefly made single-A.

Wheat's career began that year in 1990, taken by the Brewers in the 25th round of the draft out of Monmouth University in New Jersey.

At Monmouth, Wheat earned the title as the school's greatest hitter, according to his school Hall of Fame bio. He hit .474, a mark that stood as the Division III national record until 1997. He also scored 140 runs and knocked in 110.

With the Brewers, he started at short-season Helena. He got into 31 games as an infielder and hit .247. 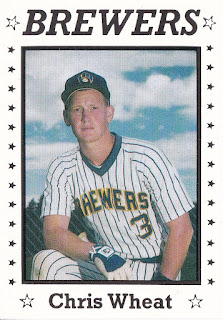