Mike Nelson worked hard to run his own club; He got his chance in 1991 with the Peoria Chiefs 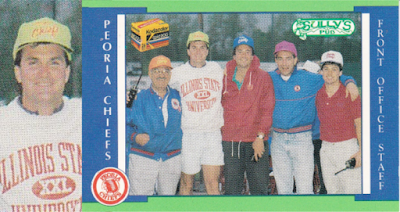 Mike Nelson started with the Peoria Chiefs in 1988 as director of operations, after serving a season at Oklahoma City as a sales representative.

In September 1990, Nelson, who received his master's in athletic administration from Illinois State in 1985, moved up to the top job, general manager, The Bloomington Pantograph wrote.

"This is something I've worked hard for," Nelson told The Pantgraph. "This is why I pursued my master's. I wanted to run my own club. That dream has come true. I'm looking forward to the challenge."

Nelson became Chiefs general manager after moving up to assistant general manager for the 1990 campaign. Nelson was also credited as Michael Nelson and Michael R. Nelson.

Nelson continued as general into the 1992 season, when he spoke to The Chicago Tribune about stadium issues.

The previous year, in 1991, Nelson signed on to a plaque honoring the general manager at the team where he served as sales representative in 1987, Oklahoma City, where he and other interns thanked him for giving them their start.

By 2013, Nelson was serving as a different kind of general manager, one with Frontier Communications.

He spoke that June to The Pantograph upon the passing of former Peoria Chiefs owner Pete Vonachen.

"I learned so much from him," Nelson told The Pantograph. "He taught me to treat people how you would want to be treated, remember peoples’ names, follow through and work hard. He was just a great guy. He never met a stranger. If he met you one time, he would remember you and tell you where you were from." 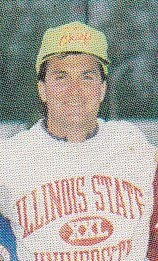