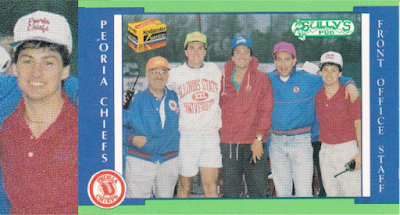 Norm Jenkins spend two seasons with the Peoria Chiefs handling the club's ticketing. In 1992, he returned to the school from which he graduated, Northern Illinois University, to handle their ticketing, according to The De Kalb Daily Chronicle.

Jenkins couldn't have been happier, according to The Daily Chronicle.

"It's really great," Jenkins told The Daily Chronicle. "Coming back to my alma mater is something very exciting."

Jenkins' career with Northern Illinois turned out to be a long one, which continued in 2012.

Jenkins' time with the Chiefs spanned 1990 and 1991. He served in 1990 as the club's director of tickets and merchandising.

With Northern Illinois, Jenkins stayed as ticket manager for three years, then served seven years as the school's assistant athletic director for facilities and events, according to NIU Today.

In 2012, he became acting director of the school's Convocation Center.

"It is an honor to have been chosen acting director of the Convocation Center," Jenkins told NIU Today that July. "This month marks the 10-year anniversary since the center opened its doors to the NIU community, the City of DeKalb and the region we serve." 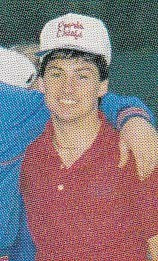