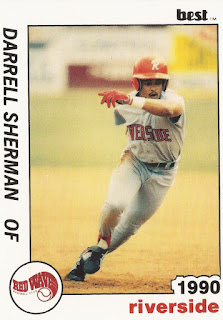 Sherman made his coaching debut in 2008 with the Padres back in the Northwest League, as hitting coach for Eugene.