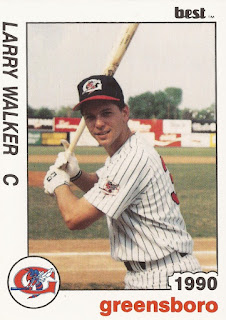 He also made a brief appearance at AA Albany-Colonie. He got 1 hit in 15 at bats there. It was Walker's final season as a pro.