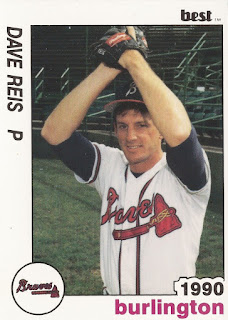 Dave Reis didn't pitch well this August 1988 night for the rookie Pulaski Braves, but his team pulled out the win, according to The Pulaski Southwest Times.