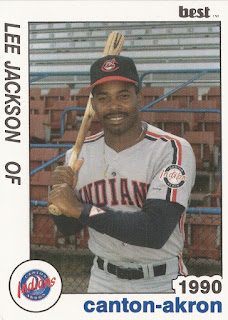 Leverne Jackson knew he was driving in runs. He did make the league all-star team.

But, he told The Lakeland Ledger in June 1987, he never liked to look at his stats.

"It's not that I don't think they're important," Jackson told The Ledger, "but I looked at stats a couple years ago and I found myself pressing and pressing. Now I might take a good look at them once a year."

Jackson's career began in 1983, taken by the Red Sox in the ninth round of the January draft out of his native South Carolina. Jackson is also credited by the names Jason Jackson and Lee Jackson.

Jackson's played his first year at short-season Elmira, hitting just .130. He returned there for 1984, improving his average to .276. He also stole 20 bases that year.