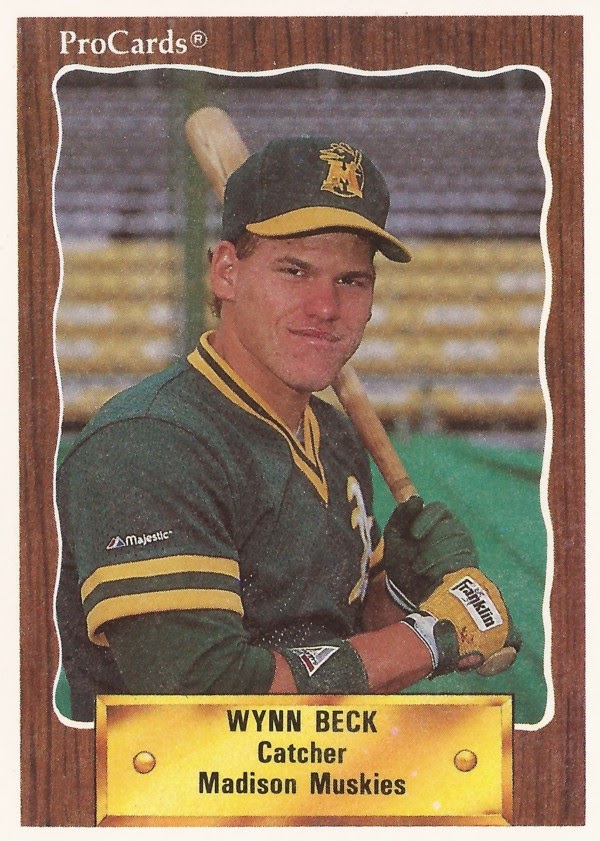 The Oakland Athletics thought they had something in catcher Wynn Beck. That's because he had something that few other catchers had: A left-handed bat, Athletics scout Pat Sullivan told Beck's hometown Wilmington Star-News.

"Left-handed hitting catchers are pretty rare," Sullivan told The Star-News of the catcher who threw right-handed, but batted left. "He has good bat speed and power. We think he will be a real plus for us."

Wynn was taken by the Athletics in the second round of the 1988 draft out of South Brunswick High School in North Carolina.

Wynn, though, could only take that bat to five sometimes shortened seasons as a pro. He briefly made AA, but he never made it higher.

Wynn started his career in the rookie Arizona League. He got into 36 games and hit .221. He explained to The Star-News in July his thinking behind turning pro.

"I figure that by signing now, I'd have three years to get better and have the Athletics teach me their way," Wynn told The Star-News.

But Wynn could do little with that early start in 1989 after a shoulder injury. He got into just nine Arizona League games.

Going into 1991, though, Beck was injured again. This time it was his back. By June 1 the former second-round pick was released.