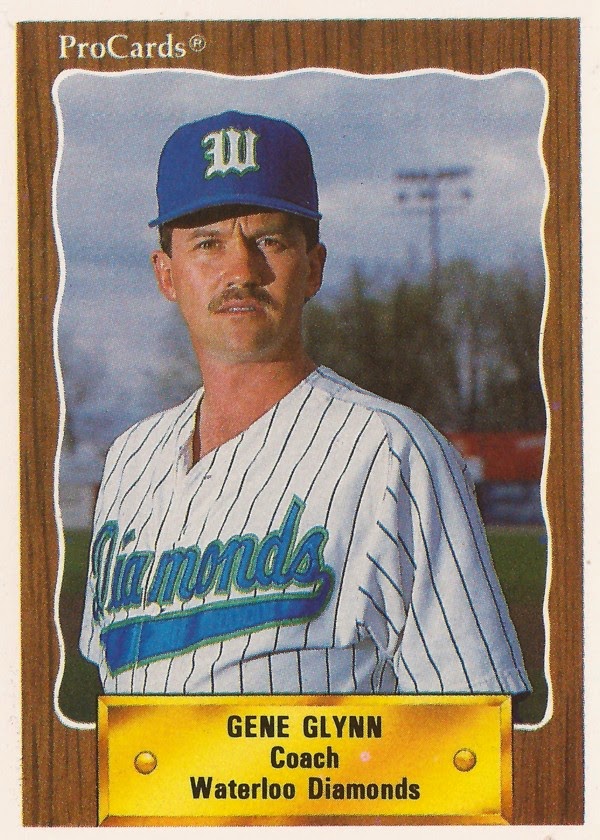 Gene Glynn assessed his team to The Spokane Spokesman-Review as the 1991 season came to a close.

"There are guys on this team you can project to a higher level and the big leagues," Glynn, manager of the short-season Spokane Indians told The Spokesman-Review late that August. "They have the tools. Most of the players made a lot of strides to be where they want to be for next season."

While Glynn's players might have been projected to eventually move on to the majors, the same could also have been said about Glynn.

Within three years, Glynn himself was in the majors, serving as first base coach for the Colorado Rockies. He then went on to spend more than a decade as a major league coach for four different teams.

Glynn's career in baseball began as a player. He was signed in 1979 as an undrafted free agent out of Mankato State in his home state of Minnesota.

In all, Glynn played seven seasons as a pro, all with the Expos system. He made AAA in four of those seasons, but he never made Montreal.

By 1986, Glynn had started his new career, as a manager and as a coach. He returned to Jamestown that year as manager, spending two seasons there.

He arrived with the Padres system in 1990, then with the Rockies system in 1992. In 1994, Glynn first made the majors. He went on to spend five seasons as a base coach in Colorado.

After a season as first base coach in Montreal, Glynn moved to the Cubs for three seasons and then the Giants for four.

In May 2003, Glynn did in a game against the Expos what he had done for years, decided whether to send a runner home. He sent Jose Cruz, who got cut down at the plate on a throw by Vladimir Guerrero.

"Jose Cruz had a great jump,'' Glynn told The Associated Press afterward. "Vladimir just made a great throw. If I had to do it again, I would do it again and see if he could make that throw again.''

He then tried his hand a scouting for the Rays. For 2012, he moved to the Twins as manager of AAA Rochester, a job he continues to hold in 2014. He was back trying to send his players on to the majors.