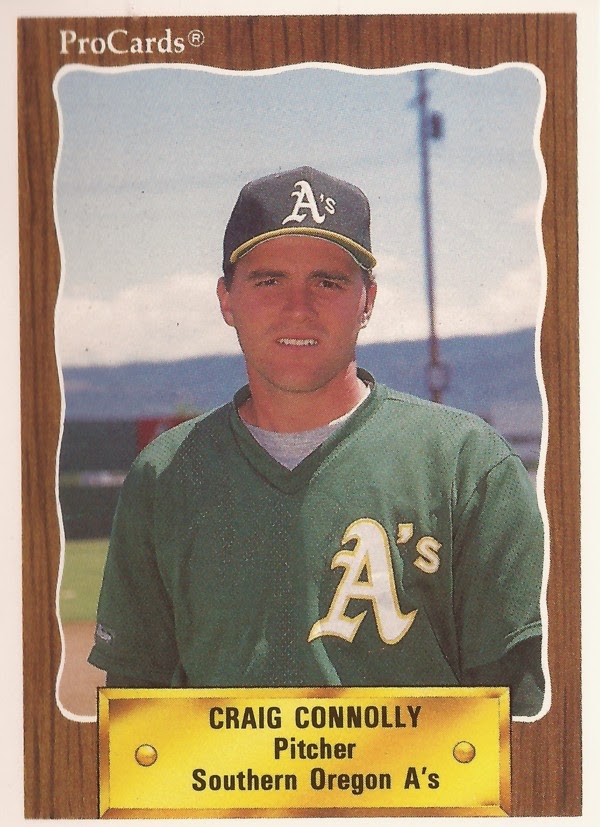 Craig Connolly entered that regional contest for the University of Pennsylvania in 1990 with an unbeaten record and a sterling ERA, according to The Philadelphia Daily News.

He left it with a loss, getting pounded by an Arizona State team for 10 earned, The Daily News wrote.

Connolly's overall body of work that year was enough to get the notice of the Athletics, who took him in the 29th round of the draft. His work in the minors, though, wasn't enough for a long career. He played four seasons, never making AAA.

Connolly's work at Penn resulted in 80 strikeouts in 1990, still good for third all-time at the school. He is to be inducted into the school's Hall of Fame in 2014.

With the Athletics, Connolly started at short-season Southern Oregon. In 21 relief outings, Connolly picked up six wins and two saves. He also struck out 45.