Pete Roberts, Had Them Guessing - 122 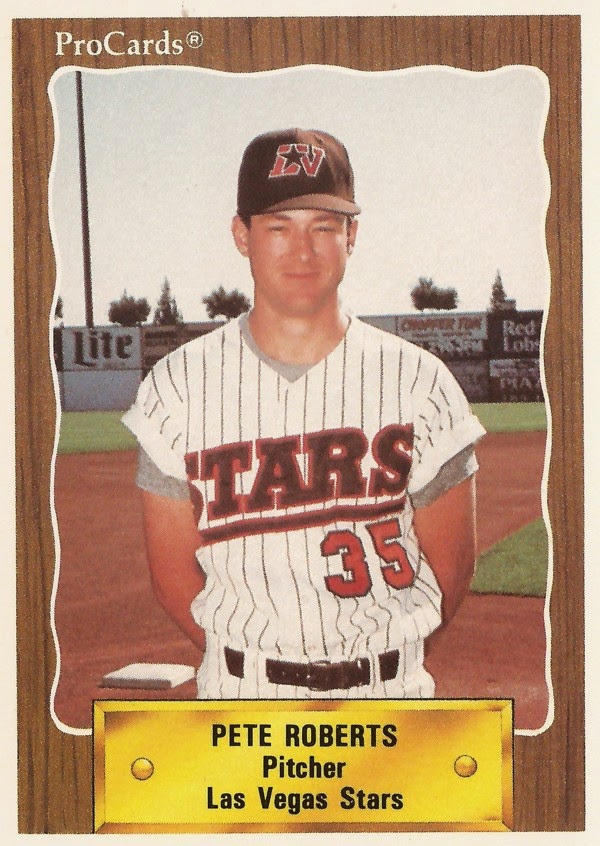 Pete Roberts arrived late at short-season Spokane in 1986, he and the Padres had trouble coming to a contract agreement.

After a slow start, he made up for lost time, picking up seven wins and nearly hurling Spokane to the playoffs.

"That was just an outstanding job of pitching," Spokane manager Rob Picciolo told The Spokane Chronicle after a third-straight Roberts win. "He had them guessing all night. He's very intelligent and confident."

Roberts' career began that June in 1986, taken by the Padres in the first round of the supplemental draft out of the University of Alabama. Roberts was drafted by his hometown team, growing up just north of San Diego, The Chronicle wrote, though he was born in England.

At Alabama, Roberts went 10-2, with a 4.19 ERA in just over 96 innings. Starting at Spokane, though, Roberts gave up a two-run single and a three-run home run in relief, leading to a Spokane loss.

Despite the poor outing, Siebert saw that Roberts could help the team.

"He mixed up his pitches real well," Spokane pitching coach Sonny Siebert told the Spokane Spokesman-Review of Roberts. "He's got a good fastball, a good changeup and a good curveball."

He returned to Las Vegas for 1988, but soon caught the ire of Padres brass, The Los Angeles Times wrote. Roberts asked out of a start because he couldn't get loose, and was then demoted to AA Wichita.

Roberts responded, The Times wrote, but dying his hair and shaving his initials into the side of his head.

Roberts made it back to Las Vegas for all of 1989. By then, the starter had turned reliever. He also picked up three saves, one in late August. Roberts had just one year left in the Padres organization. He split that between Wichita and Las Vegas.

Signing with the Royals for 1991, Roberts played at AA Memphis, then independent high-A Reno, rounding out his playing career.

Roberts returned for one more stint, in spring 1995 as a replacement player with the Padres. In the meantime, he worked in mortgage banking, The Times wrote. Roberts was picked to pitch the first exhibition game.

"I appreciate the opportunity," Roberts told The Times. "The first game is always the tough one. You're just trying to get your rhythm, throw strikes and get your breaking ball over the plate."

More recently, Roberts has worked in martial arts, as an instructor with the JING Institute of Chinese Martial Arts & Culture in San Diego.