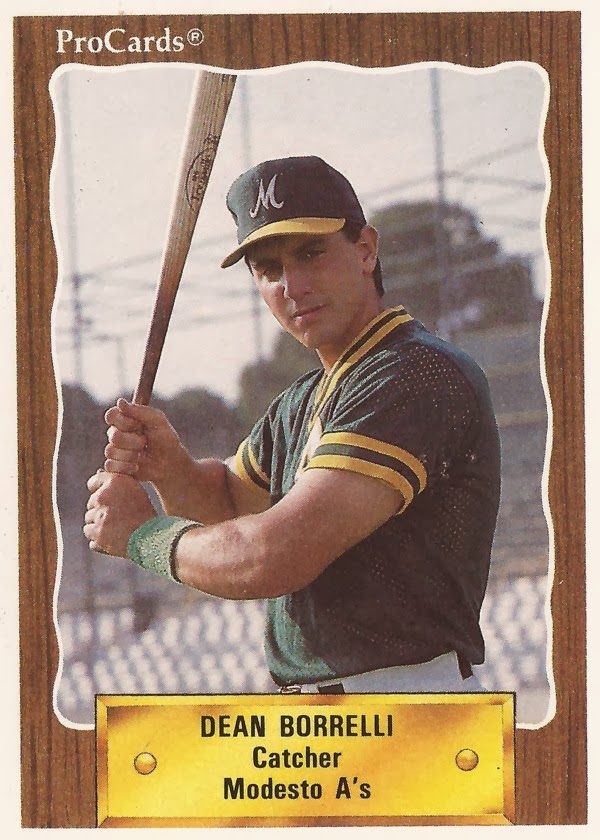 Alex Borrelli excelled at sports in high school, just like her father Dean Borrelli did years earlier, according to The Lawrence Eagle-Tribune.

She attributed her success in part to her dad, and his eight years as a pro player, according to The Eagle-Tribune.

"There are so many stories he brings up to encourage me," Alex Borrelli told The Eagle-Tribune in 2011. "If I'm having trouble with my confidence, then he'll tell me this story about this teammate who he had, for example."

Her father made it as high as AAA, playing mostly in the Athletics system. He never made the majors, but he has gone on to a career as a high school coach and youth instructor.

Dean Borrelli's career began in 1988, taken by the Athletics in the 22nd round of the draft, out of the University of Massachusetts Amherst.

Borrelli started with the short-season Southern Oregon Athletics. The catcher hit .200 over 43 games.

He moved to single-A Madison in 1989, also getting time at AA Huntsville. Between the two, though, Borrelli got into just 25 games. He hit .153, with one home run. That home run came in a May game, proving the difference in a Madison win.

Borrelli played one more season with the Rangers, getting 54 games at AAA Oklahoma City. That April, Borrelli subbed in for Ivan Rodriguez in a pre-season game.

Borrelli soon returned to Massachusetts and New Hampshire, becoming a Little League coach and instructor. Borrelli is the owner of Play Ball in Salem, NH.

In 2013, Borrelli's Little League team played for the state championship, coming back for the win, according to The Manchester Union Leader.

"That's a real good example of our team being resilient," Borrelli told The Union-Leader. "The kids contained their emotions and were aggressive on the bases. Hats off to them."