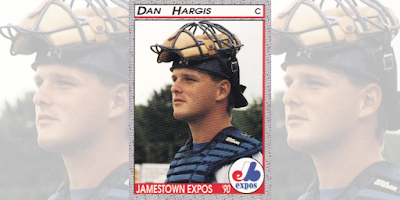 As he waited to find out if he'd be drafted and where in June 1989, Dan Hargis decided to do with something he'd always done, he told his hometown Mattoon Journal Gazette.

"I think I'll go fishing," Hargis told The Journal Gazette. "I'll let someone else sit by the phone."

Hargis, a product of Eastern Illinois University, didn't have to go fishing long. The Expos selected him in the fifth round.

Despite his early selection, Hargis' stay in the pros proved brief. He played in three pro seasons and topped out at single-A.

Hargis' career began that year, taken by the Expos 124th overall out of Eastern Illinois.

After his selection, The Journal Gazette also recorded his reaction.

"I always thought to myself I did (have pro potential)," Hargis told The Journal Gazette. "But I'm not sure all the people believed it when I said I was going to play."

Hargis started with the Expos at single-A Rockford. The catcher got into 13 games and hit .182. He then played 1990 between high-A West Palm Beach and short-season Jamestown. He saw 60 games on the year and hit .174.

That August, at Jamestown, Hargis found himself in the spotlight - part of a literal Candid Camera prank. Peter Funt came to town to see what a pitcher - Hargis teammate Bob Baxter - would do if his catcher gave nonsensical signs, according to The Jamestown Post-Journal.

Hargis was among only a select few in on the joke, The Post-Journal wrote.

"I said, 'I am, but you're not watching,'" Hargis recalled to The Post-Journal later of Baxter asking for the sign in a mound conference. "I was almost having to pinch myself to keep from laughing. I was trying to keep a straight face."

Hargis returned to Rockford for 1991. He got into 71 games, hit six home runs and ended with a .216 batting average. That season marked his last as a pro. 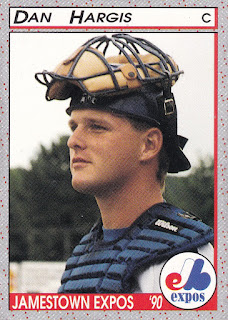