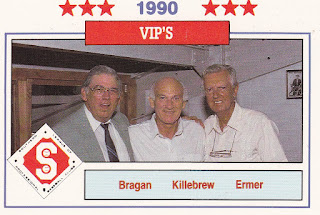 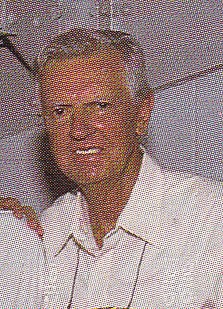 Roy Hawes played 14 seasons in professional baseball, including a brief, three-game stint in the majors.

But the manager he recalled most, the one he believed got the most out of his players, was his manager at AA Chattanooga, future major league manager with the Twins, Cal Ermer, Hawes told author David Jenkins.

"Cal and I are about the same age, but it was strictly business with him. We didn't become close friends until after my playing days," Hawes recalled to Jenkins for his book "Baseball in Chattanooga." "As long as you did your job, he'd never say anything. If you loafed, he'd be all over you."

Ermer spent six seasons managing Chattanooga, Washington's AA affiliate, in the 1950s. (He also late made the city his home, and made an appearance at the 1990 Southern League All-Star game.

After his time in Chattanooga, he returned to the organization after it moved to Minneapolis. He also took the helm of the major league Twins in mid-1968 and nearly managed the club to the World Series.

Ermer's career in baseball began in 1942 as he signed out of Patterson High School in Baltimore.

Ermer played that year in 1942 between Class B Jacksonville and unaffiliated Class D Burlington and Orlando. He then returned to the field in 1946 for two seasons in the Washington organization. In between, he served in the Marines.

In 1947, he got his only major league appearance. He went 0 for 3 with Washington Sept. 26, a win against Philadelphia.

He then continued playing in the minors through 1951. He's also credited as managing while he played in at least three of his final seasons.

He managed Chattanooga from 1952 to 1957, then AA Birmingham and AAA Columbus. He spent 1963 as third base coach in Baltimore. In 1965, he joined the Twins as manager at AAA Denver and then took over the Twins in Minnesota in June 1967.

Upon selecting Ermer to take over the club, Twins owner Calvin Griffith indicated he had watched Ermer for two decades, according to The Associated Press.

"I first hired him in 1947 to manage the Charlotte club (at 22 years old) because I liked his conversation, the way he talked about what it takes to win," Griffith told The Minneapolis Star upon hiring Ermer.

By year's end, Ermer had won enough for the Twins to hit 91-71, but fall a game back of the pennant-winning Red Sox.

He returned to manage the Twins in 1968, but went 79-83. He moved to the Brewers by 1970 as third base coach, then later served the Athletics as assistant coach.

Ermer then returned to the Twins in 1978 and managed AAA Toledo for eight seasons. He then closed out his career as a scout, serving in that capacity has he returned to Chattanooga in 1990.

"Cal Ermer taught me so much about baseball over at Engel Stadium," Burke told The Times Free Press. "I used to love listening to those stories, and I remember Cal saying the difference between a good team and a bad team at this level can be two or three guys, and that sometimes you have them and sometimes you don't. He's forgotten more about baseball than I'll ever know, and he'll be sorely missed."
1990 Minor League Tally
Players/Coaches Featured:3,161
Made the Majors:1,149-36.3%
Never Made Majors:2,012-63.7%
5+ Seasons in the Majors: 475
10+ Seasons in the Minors:283
Posted by Steve78 at 10:48 PM