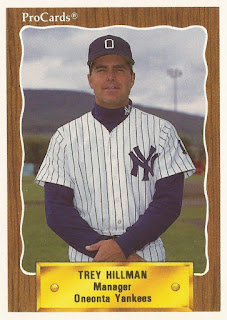 After his third season as a player in the minors, Trey Hillman had the choice between returning as a player for a fourth year, or taking a job as a scout, The Hartford Courant wrote in 1997.