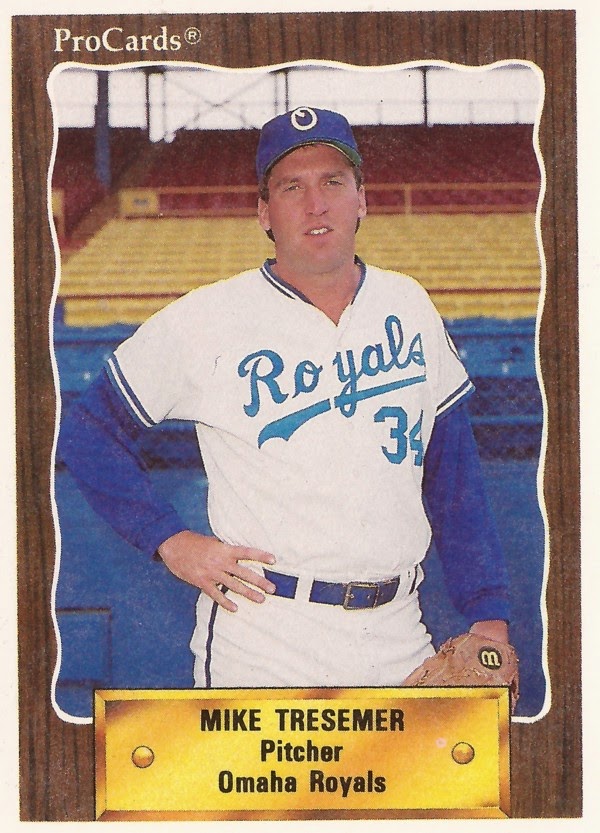 His Eugene Emeralds already down by one, Mike Tresemer came on with the bases loaded and nobody out, according to The Eugene Register-Guard.

By the time he was done in this June 1986 game, Tresemer had allowed only one of his inherited runners to score. He also gave his team a chance to come back and his team came back. Tresemer was rewarded with the win.

Tresemer was in his first professional season that year. He went on to play in four more. He never made the majors.

Tresemer's career began in1986, taken by the Royals in the 10th round of the draft out of the University of California-Santa Barbara.

With the Royals, Tresemer started at short-season Eugene. He got into 12 games, started six. He turned in a 5.05 ERA. He picked another of his three wins with a five-inning start in August where he gave up one earned.