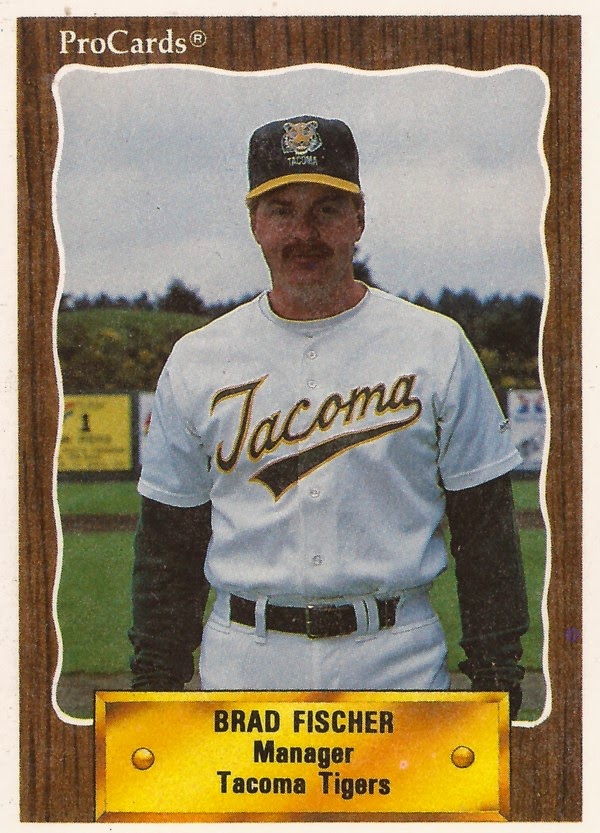 Van Marter went 4.2 innings of relief, striking out 11, all with Fischer behind the plate, according to The Register-Guard.

"I just kept moving the target around and he'd come right in there," Fischer told The Register-Guard. "Dan just mixed up those spots that's all. I don't think he threw but two curve balls. It was all heat."

Fischer's talents as a catcher were short-lived. His talents assessing pitchers, as well as position players, have earned him a much longer career in the game.

Fischer has served as a minor league manager and major league coach for much of the past 35 years. He's continuing into 2015 as a coach in Pittsburgh for the Pirates.

Fischer's professional career began in 1978, signed by the Athletics as an undrafted free agent out of Western Michigan University.

Fischer played for the Athletics that year at short-season Bend. In 56 games, he hit .269, with three home runs. It was his only season as a player.

By 1980, Fischer was a manager in the minors at short-season Medford. He later moved to single-A Madison. In 1985, it was AA Huntsville.

At Huntsville that first year, Fischer had the task of working with a young Jose Canseco - and teaching him the value of following team rules. According to the book Bash Brothers - A Legacy Subpoenaed, Fischer took Canseco out of a lineup because he hadn't paid a fine.

"Well, you know the rule," Fischer is quoted in the book as telling a livid Canseco, "if you don't pay your fine, you can't play."

Fischer continued as a manager in the Athletics system through 1990, serving the last three seasons at AAA Tacoma.

After time as a minor league instructor in the organization, Fischer jumped up to Oakland as the team's bullpen coach in 1996. He also served that year as a minor league hitting coach and commented to The San Francisco Examiner on the progress of Ernie Young after Young hit three home runs in a game that May.

"In the minors, other pitchers didn't get Ernie out - he got himself out," Fischer told The Examiner after witnessing the display in Oakland. "He used to have a couple of holes in his swing, but he seems to have covered them up."

Fischer stayed with the Athletics for another decade, serving alternatively as bullpen coach and first base coach.

He moved to the Pirates in 2008 and then the Brewers in 2009, serving two seasons as the club's third base coach. For 2015, he's back with the Pirates as a major league coach after serving as the team's minor league field coordinator.

Fischer told The Pittsburgh Post-Gazette his time as a Pirates minor league coordinator will help him in his major league job.