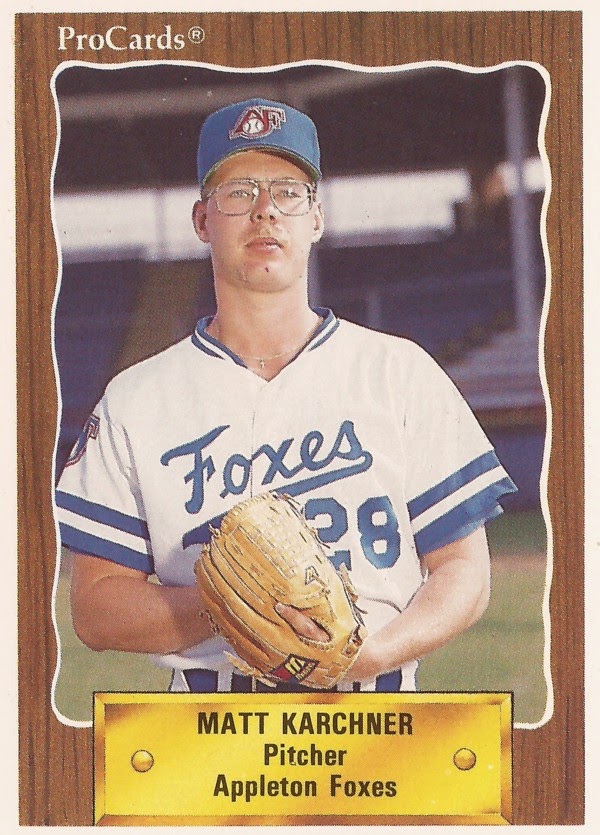 That's because the Royals rallied as Dean Palmer doubled and scored the tying run.

"That's the way it goes. Sometimes you have the luck and sometimes you don't," Karchner told reporters afterward. "Today, I made my own luck with the pitch to Palmer. The pitch was terrible, not even close to where I wanted it. He smoked it."

Karchner notched a total of 26 saves for the White Sox over two seasons, 1997 and 1998. After those 11 saves in 1998, he never got another. Karchner continued playing into 2000, getting into six big league seasons in all.

Karchner's career began in 1989, taken by the Royals in the eighth round of the draft out of Bloomsburg University of Pennsylvania.

Karchner started at short-season Eugene. He hit single-A Appleton for 1990 and then AA Memphis in 1992. He moved to the White Sox in 1994 in the Rule 5 draft, making AAA Nashville that year.

For 1997, Karchner got a look at the closers role. He took that over after the White Sox traded their previous closer, Roberto Hernandez. Down the stretch, Karchner saved 15 games, one in late August against the Blue Jays.

"It's not like I come in and strike everybody out," Karchner told The Associated Press after that save. "I think Roberto had that capability. I might be able to do that once in a blue moon."

By mid-May 1998, Karchner had 20-straight save conversions. But he hit a rough patch. By the end of July, he was the one being traded, to the Cubs.

He got into 29 games for the Cubs the rest of that year, posting a 5.14 ERA. He returned to the Cubs for 1999, but he only got into 16 games. That was due to a groin strain. Karchner lost four months, according to Knight Ridder Newspapers.

"It's the worst feeling you can have in baseball," Karchner told Knight Ridder. "When you're going bad, at least you can correct it by pitching. But when you're twiddling your thumbs people act like you mean to (be injured). They don't understand the amount of stress you put on your body and not just your arm."

It was also during that season that Karchner later told George Mitchell's investigators for The Mitchell Report that he saw two Cubs teammates injecting steroids in the spring and he was offered steroids during the season. He didn't name any of the players he said he saw.