Grady Fuson hung in there early as a minors manager; He's since gone on to a long career in baseball - 3449 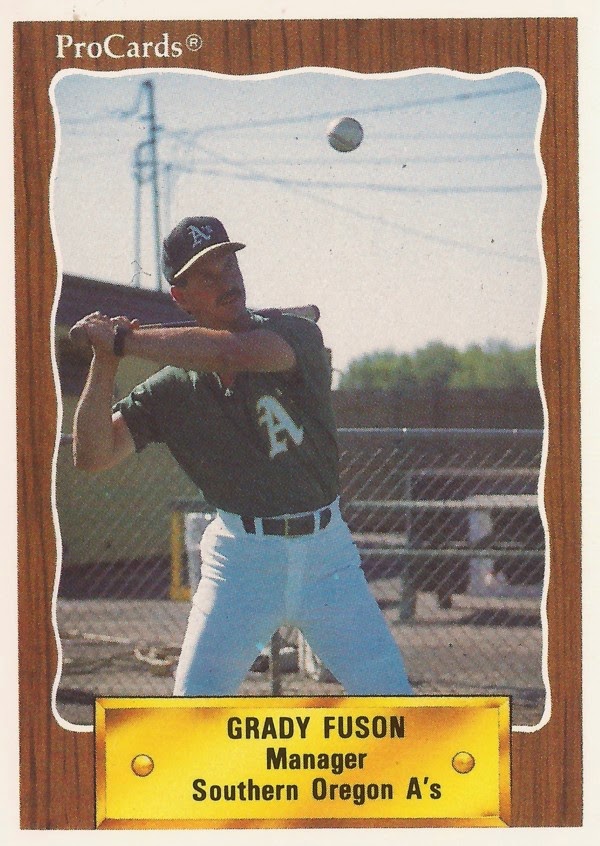 Grady Fuson's Medford Athletics had a rough night in this August 1985 contest. The team committed five errors, left 15 men on and lost 8 to 6, according to The Bend Bulletin.

It was enough for the first-year manager to pull his hair out.

"Right now, I figure I have three choices: Commit suicide, quit, or hang in there," Fuson told The Medford Mail-Tribune afterward. "I sure ain't killing myself over this crazy game."

Fuson choice to hang in there rewarded him with a long career in the game. He's been a minor league manager, a scout, an assistant general manager and even a special adviser for baseball operations.

He's also been portrayed in a movie, though not all that accurately.

In 1990, Fuson watched over several young Athletics pitching prospects, including the top prospect of them all, Todd Van Poppel.

"I've dealt with high-money guys and low-money guys," Fuson told The Eugene Register-Guard, talking of Van Poppel that August. "He doesn't get any special treatment and he doesn't want it. But anybody with any baseball sense knows this guy has something."

After Southern Oregon, Fuson moved to scouting for the club. From 1995 to 2001, he served as team scouting director. It was under his watch that the Athletics drafted Tim Hudson, Mark Mulder and Barry Zito, AthleticsFarm.com wrote. He then left to join the Rangers as assistant general manager.

"Grady has a fabulous track record," Rangers GM John Hart told Baseball America in 2002. "When we bought his services, we bought his evaluation skills, his passion and his understanding. With that, you buy into a philosophy, too."

After his stint with the Rangers, and one as a scout with the Padres, Fuson returned to the Athletics as special assistant to the general manager, where he continues in 2014.

Fuson's earlier departure from Oakland, though, was put in a much different, and decidedly inaccurate, light in the 2011 movie "Moneyball." In the film, he's depicted as being fired.