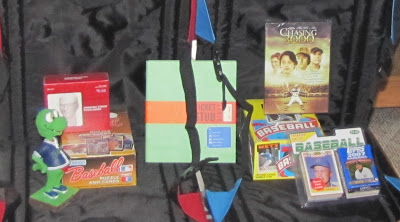 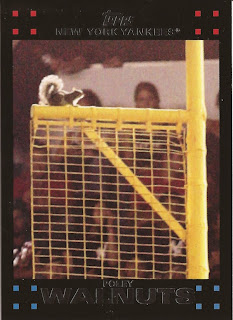 Remember with you were a kid and couldn't wait to open all your presents Christmas morning?

Well, I think I may have set a record for waiting the longest to open one: 10 months.

And, apparently, it was well worth the wait.

The present was one of those "extreme value" repacks from Target. That's it in the picture above, in the bottom right of my overall 2010 Christmas haul. I'd pointed it out to my wife as a last-minute gift idea for me. They're cheap and they're fun. Lots of junk wax to find CMC players in.

I pointed out that particular repack because of the Mark Grace card on top, one that I'd never seen. I'm a Cubs fan.

But I didn't actually open the package until last weekend. I'd gotten other cards to blog about, then other cards came along and then there's just the main blog posts to keep up with. And it's not like a plastic-sealed package is easy to rip open. 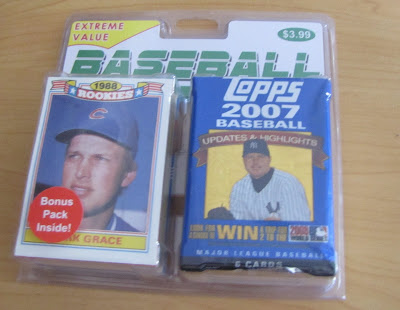 Well, I finally got around to cutting the thing open this past weekend and I got the expected cool junk wax. And that pack of 2007 Topps Update.

I was sort of ambivalent about the Update pack. The chances of a CMC player being in a pack of 2007 cards was slim. One thing I didn't think of, but probably should have, there was a chance of some 2007 All Star cards. My wife and I attended the 2007 All-Star game in San Francisco. On our honeymoon. I know, my wife is awesome.

I was going to wait longer to open the pack. But then I decided to cut that thing open, too. Now, I didn't know much about 2007 Topps Update. But I did know one card. I'd purchased it for my wife a couple years ago. It's the Poley Walnuts card. In addition to being awesome, she loves squirrels.

What is the very top card in the pack? Poley Walnuts. Having purchased that card already, I knew right away that was a very awesome card to get in a sealed pack inside a repack.

But, what are the odds of getting that Poley Walnuts in a pack? I was curious. So I Googled just that. I found this Cardboard Drunkie post. It didn't have the answer I was looking for. But it referenced the Walnuts card and a couple other shortprint gimmicks in 2007 Topps Update, including some Jacoby Ellsbury card. 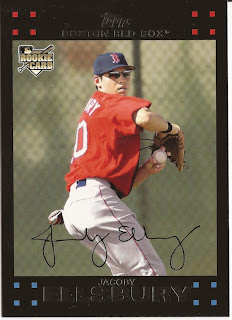 I checked the pack again. Yes, I did. The second card in the pack. Did I just get two of those crazy shortprints in a single pack shoved into a Target repack? I think I just did.

How crazy is that?

Now, I know people aren't clamoring to get 2007 Update shortprints in fall 2011, but I took a peak over at Ebay. And it looks like they actually still have value.

Since I already had the Poley Walnuts card, and I'm not terribly interested in Jacoby Ellsbury, I think that might be where these two cards end up. Unless somebody else here is interested and wants to offer something for trade.

I realize it's kind of tacky to open a gift, then turn around and sell it. But I checked, my awesome wife said it was OK.
Posted by Steve78 at 11:27 AM