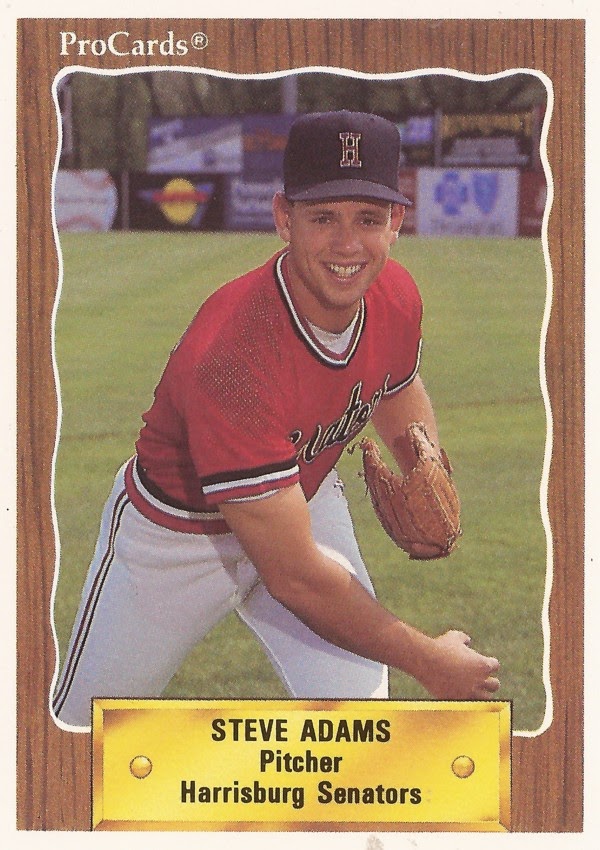 Steve Adams had a bad inning in this May 1990 game. It cost him four runs, according to The Schenectady Daily Gazette.

Three of those runs came off the bat of Mitch Lyden, who had had success against Adams' Harrisburg Senators before, The Daily Gazette wrote.

"I don't know exactly why," Adams told The Daily Gazette of his success. "(Adams) threw a slider a little up and out over the plate. He got behind some guys that inning, and we took advantage of it."

Adams went 7-8 overall for the Senators that year, with a 3.84 ERA. It was his fifth season as a pro. He got into just one more.

Adams' career began in 1986, signed by the Pirates as an undrafted free agent out of Stonehill College in Easton, Mass.

Adams played 1987 between single-A Salem and Macon, getting 20 outings between them. In 1988, he played largely back at Salem, getting a first brief look at AA Harrisburg. He had a 4.61 ERA between them.

In 1989, he played at Harrisburg full time. In 28 outings, 12 starts, he had a 3.94 ERA and an 8-2 record. In a May game, he combined with Stan Belinda on a four-hitter. That September, Adams alone threw a three-hitter for a Harrisburg playoff win.