Steve Lubratich had the capabilities to manage; Made bigs as player, later became assistant GM

Steve Lubratich took over as manager for the short-season Spokane Indians for 1988, after a playing career that saw him make the majors in two seasons.

"The first thing I think has to be said about Steve Lubratich is that he's an outstanding person," Romenesko told The Chronicle. "He certainly has the capabilities to manage anywhere in our farm system."

Lubratich has gone on from Spokane to manage elsewhere, including at AA Wichita in 1990. But his longer-term baseball home has been in the front office, later serving in roles that included assistant general manager for the Tigers.

Lubratich's career in baseball began 1977, signed by the Angels as an undrafted free agent out of the University of California-Riverside.

Lubratich started with the Angels at rookie Idaho Falls and single-A Salinas. He made AA El Paso in 1979 and then saw regular time at AAA Salt Lake City in 1980.

He returned to Salt Lake City for 1981, then made the trip to the Angels that September. He went 3 for 21 over seven games with the big club.

He spent 1982 back at AAA, but returned to California for 57 games in 1983. He then continued in the minors into 1986, last playing that year with the Padres at AA Beaumont.

By 1997, Lubratich was with the Tigers as assistant general manager, working to help the team rebuild its farm system.

"Last year we started to build a little pride in the minor leagues," Lubratich told The Detroit Free Press in March 1997. "There's a lot of history in the Tiger uniform. We wanted the players to be proud to wear it."

Lubratich has since gone on to moved to the Indians. In 2014, he served as director of pro scouting with the Indians. 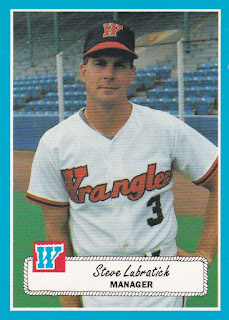