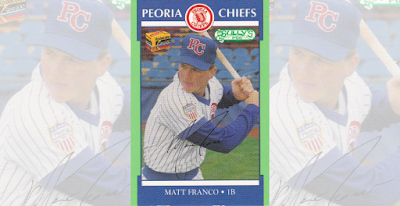 Matt Franco entered the pros as a 17-year-old in 1987, but he was likely more ready than most at that age, according to The Los Angeles Times.

That's because his uncle had been a veteran of pro ball - his uncle Kurt Russell, The Times wrote.

"He's been helping me a lot, giving me advice for five years concerning my career in professional baseball," Franco told The Times. "What he's told me is to know that I'm not going to keep hitting .500, to not get down on myself when I go 0 for 4, to stick to my abilities and to get with it."

While Russell played in three pro seasons and never made the majors, freeing himself for other pursuits. Franco took his uncle's advice and whatever other advice he could get and went on to play two full decades in the pros. He saw the majors over eight of those campaigns and played three seasons in Japan.

Franco's career began that year in 1987, taken by the Cubs in the seventh round of the draft out of Westlake High School in California.

Franco saw another 103 games with the Mets in and 122 in 1999. In July 1999, Franco hit a game-winning, two-run pinch-hit single in the ninth inning off future Hall of Famer Mariano Rivera.

"This is the biggest of my career so far -- definitely," Franco told The Associated Press after the game of his hit. 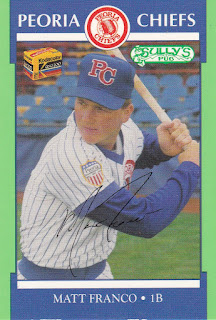