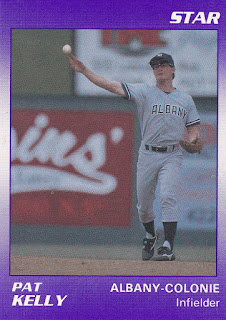 Kelly joined the Yankees system in 1988, taken in the ninth round of the draft out of West Chester University in Pennsylvania. He played that year at short-season Oneonta, made AA Albany-Colonie in 1990 and AAA Columbus and the Bronx in 1991.

“It’s definitely for the love of the game,” Kelly told The Times in 2009 as his Australian club competed in the World Baseball Classic. “That’s the biggest cliché in the world, but there are guys who can really play here. It’s just a matter of getting the resources out to help it along.”