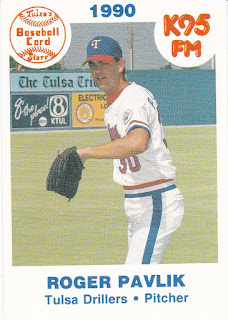 Roger Pavlik focused on throwing pitches for strikes in this August 1992 game, he told The Associated Press afterward.

He then nearly threw a shutout for his first major league win, The AP wrote.

"That was it. I just kept throwing them," Pavlik told The AP. "Sometimes, you're going to have a game like this."

Pavlik went on throw many big league strikes over seven major league seasons. He also went on to become a major league All-Star in 1996.

Pavlik's career began in 1986, taken by the Rangers in the second round of the draft out of Aldine High School in Texas.

His ERA, but a high ERA drew questions. His manager Johnny Oates overlooked the criticism, according to The AP.