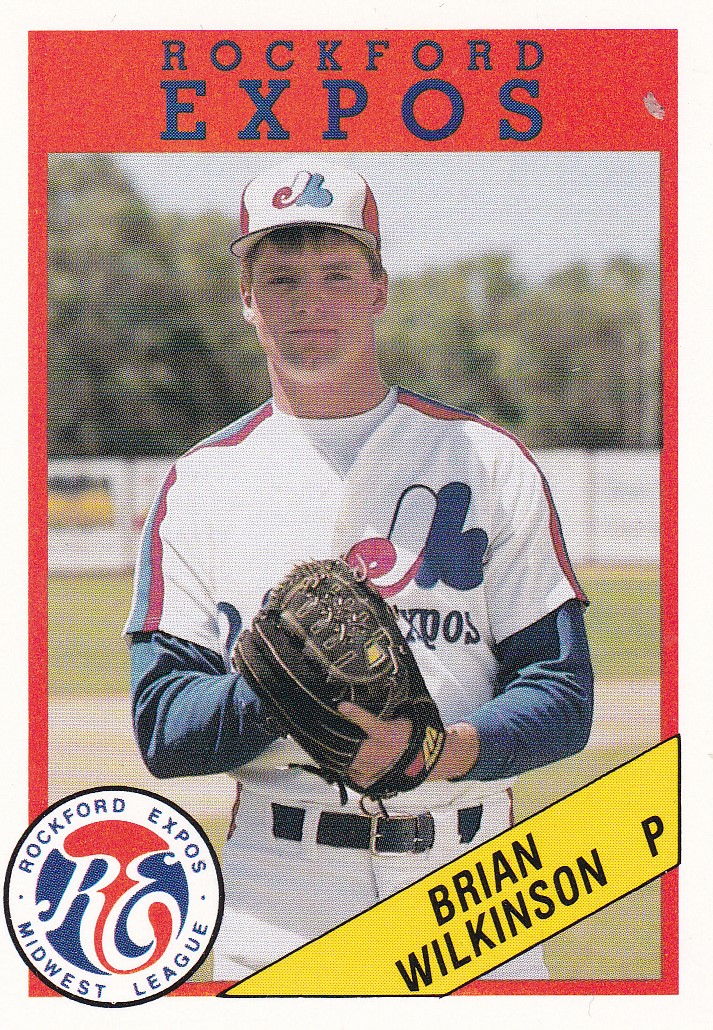 Brian Wilkinson started for the West Palm Beach Expos in this May 1991 contest and he came away with the win.

Wilkinson did so by going six innings against the Lakeland Tigers, giving up just two hits in the 7-0 West Palm Beach victory, according to The South Florida Sun-Sentinel.

Wilkinson's career began in 1987, taken by the Mariners in the fifth round of the draft, out of Cherry Creek High School in Colorado. Wilkinson is the brother of former Mariner Bill Wilkinson.

For 1990, Wilkinson moved to the Expos system, taken by Montreal in the Rule 5 draft. He also turned reliever, and had his best season. Over 41 relief outings and one start, Wilkinson posted a 2.77 ERA. He also struck out nearly a batter an inning.

He started 1991 at high-A West Palm Beach, but his stay there was brief, just eight outings. He then moved to the Padres system, playing at single-A Waterloo and high-A High Desert. Between the three teams, Wilkinson got 35 outings, 13 starts, with an ERA of 3.56. It was his final year of pro ball.

Years later, in 2012, Wilkinson was inducted into his high school's hall of fame.