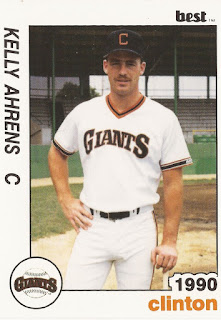 That was his final season as a pro. His playing career over, Ahrens returned home to South Carolina and went into the financial services industry. He's also stayed involved in baseball, founding Stars and Stripes Sports.