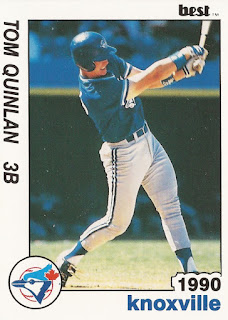 Quinlan continued playing in the minors through 1999, going through the Rockies, Rangers and Cubs systems. In 2000, he moved to Korea, winning Korean Series MVP his first year there. He then played in Korea through 2002, ending his career.