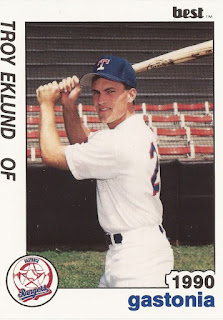 Eklund has since gone into broadcasting, working with Cox Sports.