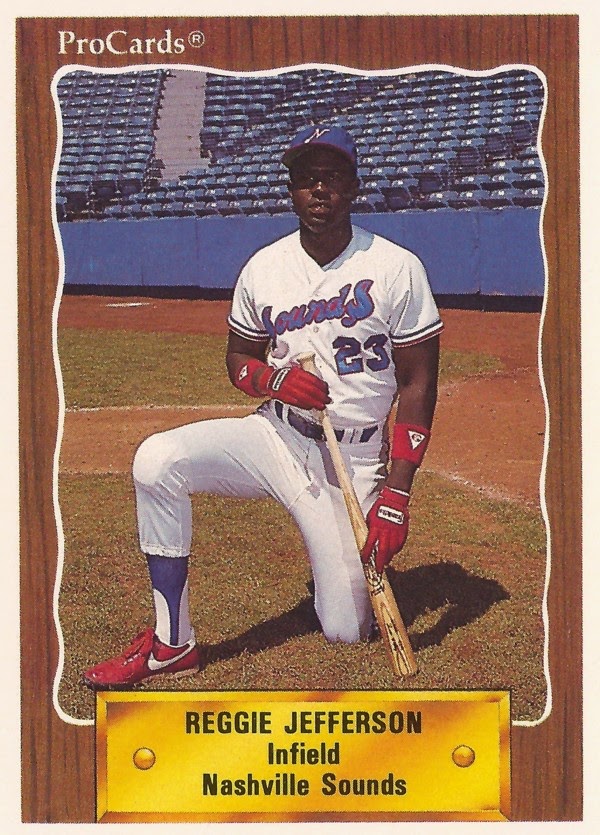 His career winding down in 2001, Reggie Jefferson looked back on his years in baseball, years that could have been better but for injuries.

"I've always seemed to get injured at the most inopportune times," Jefferson told the Beaver County Times in March 2001, as he tried to catch on with Pittsburgh. "I think my career could have been a lot different if I hadn't been injured so many times."

Jefferson's career would have been different. The once-highly-touted prospect might have even stayed with his original club but for an injury, or a sickness, and a clerical error.

Jefferson's original team was the Reds. He was taken by Cincinnati in the third round of the 1986 draft. He made AA Chattanooga in 1989, hitting three home runs in one July game for Chattanooga. He made AAA Nashville in 1990.

In February 1990, a columnist for a Kentucky newspaper branded Jefferson a super prospect.

He made Cincinnati in May 1991, hitting a home run in his first major league start.

The move meant Jefferson could become a free agent and the Reds could lose a top prospect for nothing. It also resulted in Jefferson being traded to Cleveland.

Jefferson spent parts of three seasons with Cleveland, before moving on to Seattle, then Boston. He hit .347 for Boston in 1996 and .319 in 1997. But he had a weakness, it was left handers.

"It's just making me sick," Jefferson told the Boston Globe. He had done well earlier in the game. "We're winning 8-2 and I get pinch-hit for against a lefty."

The rift grew to its breaking point in October 1999. Jefferson, who hit .277 on the year, was left off the post-season roster. He then left town. He had played his last major league game.

But he still had baseball left in him. He signed the next year with Japan's Seibu Lions.

"My idea is to play for a year," Jefferson told the Boston Globe in April 2000. "If nothing else, it will be a good cultural experience. The worst I can do is come back in good shape and get an offer to play in somebody's game."

But, while he tried out for the Pirates in 2001, he didn't make the team. His career was done. Jefferson has since tried his hand at coaching. He coached in 2005 for AAA Albuquerque and in 2006 at the University of South Florida.

In 2015, Jefferson is serving as director of east coast operations at Reynolds Sports Management.