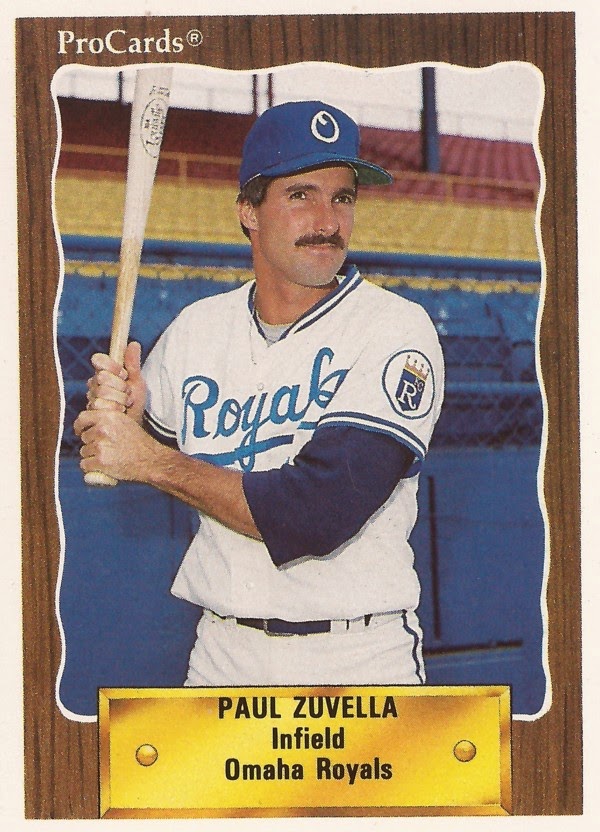 Paul Zuvella had been up each of the past three seasons, but the most playing time he'd seen in any one season was just 11 games.

Now, in spring 1985, it appeared Zuvella might never see regular playing time, at least with the Braves. Regulars at shortstop and second base appeared to have him blocked.

"I look at these guys and I know I can play with them," Zuvella told The South Florida Sun-Sentinel that March. "I look at all these pitchers and know I can hit them. Everyone tells me I deserve to be an everyday player. But . . ."

Zuvella did end up playing with those guys in 1985 and he did so for 81 games that year, the most time of his nine seasons with time in the majors.

Zuvella's professional career began in 1980, taken by the Braves in the 15th round of the draft out of Stanford University. He played that year largely at single-A Durham, hitting .315.

He moved to AA Savannah for 1981, then hit AAA Richmond in 1982. It was in September 1982 that Zuvella made his major league debut. He got into two games, with one at bat.

He also made an error that led to two runs scoring. The error was the result of Zuvella lobbing the ball to first, he told reporters afterward. The Braves, though, went on to win the game.

"As an infielder, any time you do that, you're going to get into trouble," Zuvella told reporters. "I knew the ball was high. I didn't have anything on it, so it just sort of sailed."

Zuvella returned for three more games in 1983, then 11 more in 1984. Appearing blocked, Zuvella asked the Braves to be traded.

But, coming out of spring training 1985, Zuvella broke camp with the team. He was just happy to be staying. "For me it's a nice feeling," Zuvella told The Sun-Sentinel. He hit .253 on the year.

Zuvella returned to the Yankees for another 14 games in 1987. He then made the Indians for 55 games in 1988. During that stint with Cleveland, Zuvella had a new sense of security, he told The Associated Press the next spring.

"They told me I'd be out there each day, whether I went 0-for-4 or not," Zuvella told The AP. "You need that kind of security to allow you to get into a groove. It allows you to play with what I call relaxed aggression."

But Zuvella's time in the majors was nearly over. He got into 24 games for the Indians in 1989, then two final games with the Royals two years later in 1991.

His playing career over, Zuvella went on to a post-playing career as a manager and coach, including managing AAA Colorado Springs in 1997 and 1998.

In 1994, Zuvella was serving as manager of the New Haven Ravens. His Ravens made the playoffs, but got swept. Zuvella, though, thought his team had played well.

"I told them it's very hard after a series like this to have a smile on your face but I do,'' Zuvella told The Hartford Courant. "They have nothing to hang their heads about. They had a little more than us."