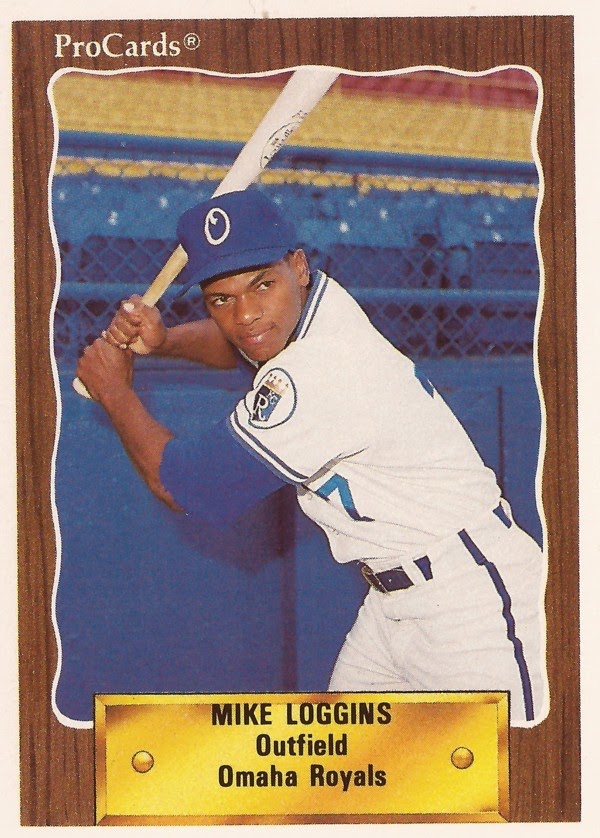 The Arkansas Razorbacks' original George Cole Field had a reputation, or at least its outfield wall did, according to author Nate Allen, with balls caroming off it "like a racquetball court."

The wall proved especially troublesome to young, incoming players not used to its quirks. Among those players, Allen wrote, was the freshman Mike Loggins.

"Playing that wall is like being sent to France," Loggins told Allen for Allen's book "More Tales from Hog Heaven." "And the only French you know is 'Oui, oui.'"

Loggins, however, soon learned how to handle that wall, and the outfield duties for the Razorbacks, earning All-American honors in 1985 and a third-round selection that year by the Royals.

In that last year at Arkansas in 1985, Loggins helped eliminate top-ranked Stanford in the College World Series, sparking a rally with a lead-off double. In another series game, Loggins hit a two-run home run.

With the Royals, Loggins started at short-season Eugene, hitting .311 on the year with five home runs and 35 stolen bases. He had two hits in an early September game, and he made the league all-star team.

Loggins spent 1986 largely at single-A Fort Myers, hitting .307 with another 29 stolen bases. He also got a six-game look at AAA Omaha.

In AAA, though Loggins' average dropped to .245. He got another 22 stolen bases and two home runs.

Loggins played just one more seasons, 25 games in 1991 with the Braves at AAA Richmond and his career was over.

Loggins did return one more time, though, in 1995 for replacement ball with the Royals. The replacement Royals, however, ran into trouble in a scrimmage against a college team, barely winning 3-1, according to The Orlando Sentinel.

Loggins told The Sentinel the game against the college team was almost a no-win situation for the replacement Royals.

"People are always going to have their opinions," Loggins told The Sentinel early that March. "Even if we beat them by 30 runs, people would have asked why didn't we beat them by more. All we can do is play to the best of our ability and let the chips fall where they may."