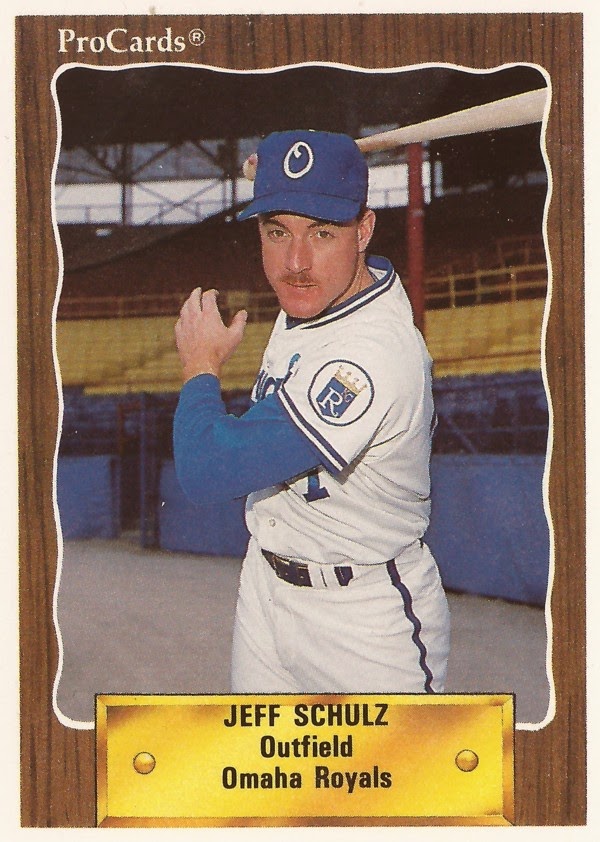 A decade-long professional playing career behind him, Jeff Schulz told The Evansville Courier & Press in 2011 he was just fine as a high school coach.

That's because it allows him to work with young players and pass along the knowledge he gained in that playing career, including his three seasons with time in the majors.

"I feel that God blessed me with the knowledge of baseball and has given me patience with kids and the love of the game," Schulz told The Courier & Press. "Playing professionally, it's such a business. It wasn't much fun. There's not a better feeling than seeing kids succeed."

Schulz' baseball career began there in Evansville, the city where he was born. Schulz attended college there, at the University of Southern Indiana.

At Southern Indiana, Schulz still holds the school's slugging percentage record. He is also still in the top five in home runs and top two in batting average. In 2012, he was inducted into Southern Indiana's Athletic Hall of Fame.

Out of Southern Illinois, Schulz was taken by the Royals in the 23rd round of the 1983 draft. He played that first year at rookie Butte, hitting .327. He split 1984 between single-A Charleston and single-A Fort Meyers. In May, at Charleston, Schulz picked up four hits in a game.

Then, in September 1989, Schulz got his first call to Kansas City. He got into seven games, nine at bats. He got two hits.

Schulz got back to Kansas City the next April, when Danny Tartabull went down with injury. He got into two games then, then returned in July after another Tartabull injury. Schulz ended up getting into 30 games, hitting .258.

Schulz finished out the year at AAA Buffalo. He then played 1992 and 1993 at AAA with the Reds and the Cubs.

Schulz has since gone on to a career in real estate, according to The Courier & Press. More recently, he has been coaching at Mater Dei High School in Evansville.

In 2010, Schulz coached his team to the conference championship. One of the players that helped them there was a hitter named Hank LaRue, who credited Schulz with helping him succeed, according to The Courier & Press.

"I've been able to recognize the pros and cons of my swing," LaRue told The Courier & Press. "A lot of good people around me, like coach Schulz, have helped me adjust to become a more dynamic hitter."