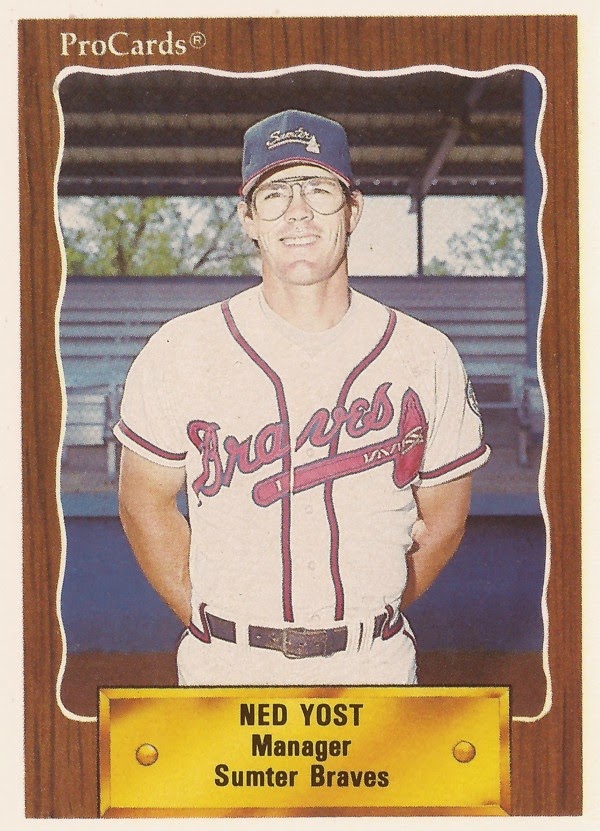 Ned Yost new his role in 1990 wasn't necessarily to get wins. It was to develop players.

So, when several of his players at single-A Sumter got moved up mid-season, Yost saw that as success, according to The Sumter Item.

"If we had kept those guys hear all year there's no doubt in my mind that we would be 10 games up right now," Yost told The Item that August. "But winning a pennant is just icing on the cake."

Years later, Yost would get his pennant as a manager - a major league pennant. He would also come within a couple runs of winning a championship.

Yost became a manager and coach after time in six major league seasons as a player mainly with the Brewers. As a manager and a coach, Yost started in the minors with Sumter, then quickly moved to the majors as bullpen coach and later third base coach in Atlanta.

Then, in 2003, Yost moved to the major league manager's office with the Brewers. He joined the Royals as manager in 2010. Then, in 2014, he took Kansas City on its improbable run to the American League championship.

Yost's long career in baseball began as a player, taken by the Mets in the first round of the 1974 June secondary draft out of Chabot College in California.

Yost started at short-season Batavia. He made AA Jackson in 1976 and then AAA Tidewater in 1977. He moved to the Milwaukee system in 1978. In 1980, he made his major league debut with the Brewers.

He debuted in Milwaukee in April 1980. That spring, Yost told The Milwaukee Journal he believed he was prepared for the majors.

"There's no doubt in my mind that I'm ready," Yost told The Journal. "I have 100% confidence in myself. I should be playing in the big leagues."

Yost got into 15 games that year and 18 the next. In 1982, the year the Brewers made the World Series, Yost got into 40 games. He got one appearance in the series, a Game 6 walk.

Yost continued with the Brewers through 1983, getting into 61 games that year. He then moved to the Rangers for a career-high 80 games in 1984, then five games with the Expos in 1985, ending his big league career.

After two more seasons in the minors, Yost turned to managing and coaching. In 1991, he returned to the majors with the Braves, just in time for that club's World Series run.

Yost continued with the Braves and manager Bobby Cox through 2002, when he took his first major league manager's job with the team he once played for, the Brewers.

Brewer catcher Eddie Perez, who played with Yost in Atlanta, compared the two in April 2003 to The Associated Press.

"He's the same as Bobby," Perez told The AP. "It is a little different, though. He talks a lot more. But it's fun."

Yost managed with the Brewers through most of 2008, spending almost six full seasons with the club. He was let go in the middle of that September.

After spending a season away from the majors, Yost returned in 2010 with the Royals. He joined the team first as an adviser then, in May, was named the team's manager.

In October 2014, after his club's run to the World Series, Yost addressed criticism of his managing style, rebutting that criticism by pointing to his success to USA Today.