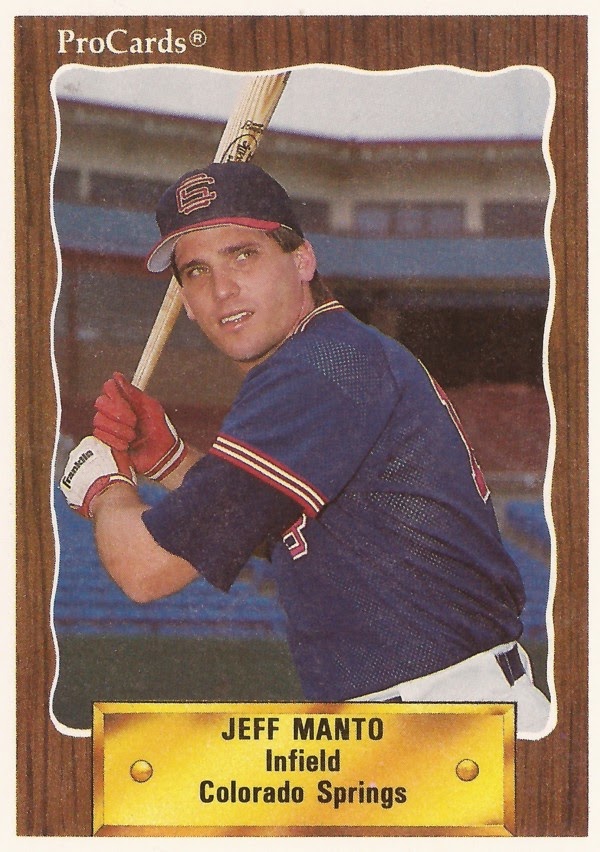 On two nights in June 1995, though, Manto was all the home run hitter anyone could have hoped for, hitting two home runs each in consecutive nights for the Orioles.

"Every hitter is a streak hitter at times," Manto told The Associated Press after that second two-home-run game. "Right now, obviously, I'm streaking."

Manto was in the midst of his best major league season that year in 1995, getting into 89 games for the Orioles, hitting 17 total home runs. It was the start of a personal six-year streak for Manto, seeing time in the majors in each of the six seasons.

His playing career over by 2001, Manto would go on to use what he learned as a player as a hitting coach, first in the minors and then in the majors with the Pirates and then, for 2012, with the White Sox.

Manto's professional career began in 1985, taken by the Angels in the 15th round out of Temple University.

With the Angels, Manto started at single-A Quad City, hitting AA Midland in 1988, then AAA Edmonton in 1989. For 1990, Manto went to the Indians in a trade, starting the year at AAA Colorado Springs.

In late June 1991, Manto knocked in the tying run in a game, with a single. The Indians eventually lost. Manto, though, wasn't entirely upset. "As long as I'm here, I'm happy," Manto told The AP afterward. "It's better than playing in Colorado."

Manto, though, didn't make it back to the majors until 1993, then for just eight games with the Phillies. After another season back at AAA, Manto arrived in Baltimore in 1995, and took off with those 17 home runs, hitting .256.

From there, Manto moved to Boston and Seattle in 1996, getting 43 big league games between them. He also spent part of 1996 in Japan, with the Yomiuri Giants. In 1997, he was back with the Indians for 16 appearances.

By August 1998, Manto had already made two other trips to the bigs that year when he was called back to Cleveland. He responded to this call-up by picking up two hits, including a home run.

"I have been dying to get back," Manto told reporters afterward. "Certainly what happened tonight was all luck. ... It didn't take much skill."

Manto finished out his big league career with 18 games between the Indians and the Yankees in 1999 and seven final games with the Rockies in 2000.

By 2001, Manto was coaching, at single-A Lakewood. He returned there for 2002 as manager. By 2006, Manto was back in the majors, coaching with the Pirates. He stayed there two seasons. For 2012, Manto served as hitting coach with the White Sox.

"When you (finish) playing, the one thing you want to do is get back to the big leagues," Manto told The Pittsburgh Post-Gazette after being named Pirates coach. "This is the biggest thrill."