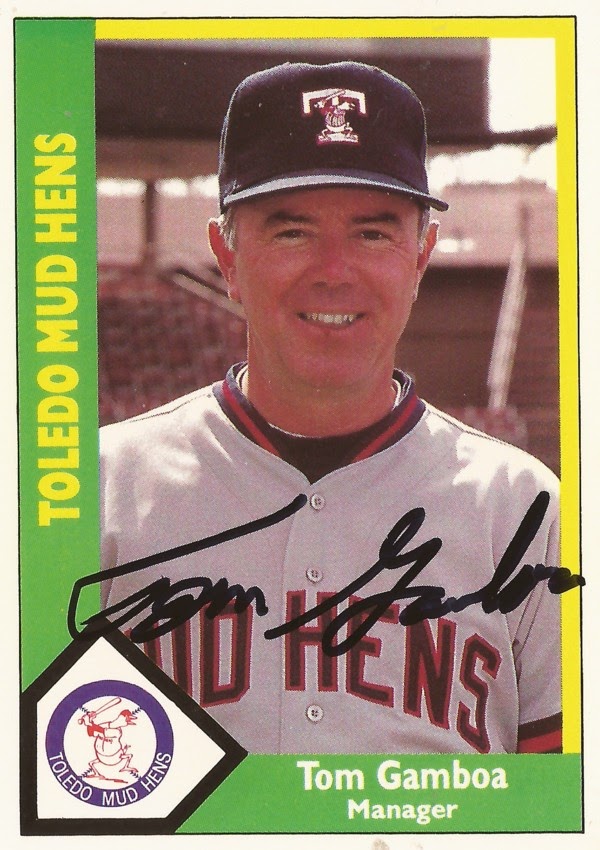 One second Tom Gamboa was standing in the first base coaching box preparing to coach the ninth inning at Chicago's new Comiskey Park. The next second the 54-year-old was on the ground.

He was knocked there near the end of this September 2002 game by a crazed father and son who had jumped onto the field from the stands. But Gamboa didn't know that at the time. All he knew was that he was on the ground being attacked.

"I remember it like an out-of-body experience," Gamboa recalled to The Greatest 21 Days recently, "lying on the ground wondering who are these people? What are they doing on the field? And why are they swinging at me?"

Beyond what happened to him, though, Gamboa was upset at what the incident implied about fans in Chicago, a city where Gamboa had coached previously. It was the team on the city's north side that first brought him to the majors four years earlier and Gamboa got to know the city's fans well.

"Having worked in Chicago with the Cubs, I knew what a great sports town Chicago is," Gamboa said. "I hated to see the city get a black eye for fan violence over something that two stupid people did to me that made national news."
Gamboa spoke to The Greatest 21 Days recently at Joe Bruno Stadium in Troy, NY, where his Brooklyn Cyclones were visiting the Tri-City Valley Cats. Gamboa served as manager of the Cyclones in 2014.

Sitting at the top of the Bruno Stadium stands, Gamboa covered his youth, growing up and learning the game from his father.

Gamboa's wait to make the bigs was a long one, more than a quarter century. After a playing career that lasted just two seasons, he became a scout and then alternated between coordinator positions and managing.

Then, finally, for the 1998 season, Gamboa got his major league job with the Cubs. He recalled being surprised that he didn't feel excited or nervous for his big league debut.

After all the time he'd spent in the minors, Gamboa said it felt like an expectation that he'd made it.

He ended up belonging in the majors for five full seasons. He stayed with the Cubs through 1999. He then moved to the Dodgers, managing at AAA Albuquerque. He had success there, winning a pennant.

He then returned to the majors with the Royals as bullpen coach in 2001, getting to coach in the other league. His Royals stint lasted three seasons, Gamboa becoming first base coach in 2002 and even having a brief stint as interim pitching coach.

"That was great for me personally," Gamboa said of the change in leagues. "Because, being a life-long baseball fan and a history buff of baseball, coaching in the National League and getting a chance to go over to the American League, it was a thrill going to all 30 big league cities and seeing all 30 big league parks."

It was on Sept. 19, 2002 that Gamboa's Royals were visiting the White Sox' park in Chicago. That same night, Chicago-area father William Ligue, Jr., and his 15-year-old son William III were in attendance.

In the top of the ninth inning, with Gamboa's attention toward the field, the father and son jumped the wall and ran headlong toward him.

In an instant, Gamboa was knocked over. He was also briefly knocked out, until, that is, the father punched him in the jaw.

"That actually kind of woke me up," Gamboa said of the punch. "That made me realize that I was in trouble."

Gamboa instinctively kicked the guy in front of him. That was to get that one far enough away so he could defend himself against the guy who had just hit him in the jaw.

Then came the pile of bodies and Gamboa was at the bottom.

"I didn't know who they were until after the fact," Gamboa recalled. "I realized that was our whole team coming to my defense. But being at the bottom of that pile, having my head compressed into the ground, I felt like I was in a vice."

"It was a very strange deal," Gamboa added, "and unfortunately I lost a permanent part of my hearing in my right ear."

Twelve years on, Gamboa said the incident hasn't impacted how he coaches, or manages. That's because, he said, he was raised with a good disposition, one where he sees the good side of people.

If anything, he said, he's more aware of his surroundings now than he was before.

"I know some people could become paranoid after something like that," Gamboa said, "but in my case, it was just a vandalous act by two idiots.

"I'm glad to say that I've kept my sense of humor," he added. "I've been able to put it in the right perspective and just go on about life and go back to being the trusting person I was before."