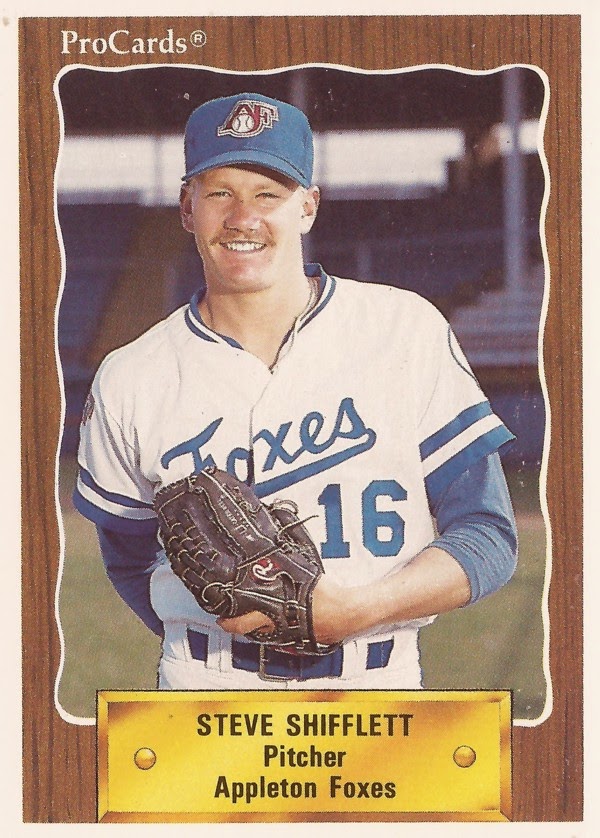 Steve Shifflett tried to stay ready going into 1993. He did that, The Kansas City Star wrote, by setting up a mound in his back yard - and waiting until the temperature topped 20 degrees.

"This is such a hard game," Shifflett told The Star that February. "I didn't want to fail because I wasn't in top shape."

Shifflett was trying to return to the majors in 1993, after the reliever saw 34 outings for the Royals in his rookie year of 1992.

He never made it back. Those 34 outings from 1992 ended up being his only major league outings.

Shifflett's career began in 1989, signed by the Royals as an undrafted free agent out of Emporia State University in Kansas.

Shifflett wanted to go to Kansas University, but wasn't good enough for a scholarship, according to The Lawrence Journal-World. Instead, he went to Emporia and impressed Royals scouts enough to give him a shot.

"I was too raw," Shifflett told The Journal World after getting his call to Kansas City in 1992. "(Kansas coach Dave Bingham) said he liked me, but couldn't give me a scholarship. I couldn't afford to walk on. So he helped me get a scholarship at Emporia State. I appreciate that."

With the Royals, Shifflett started at single-A Appleton. He played his first two seasons there, posting a 4.15 ERA his first year there and a 2.94 mark his second.

Shifflett debuted July 3. In 34 appearances, he posted an ERA of 2.60. He also picked up one win to four losses. One of those losses came off a late-July 13th-inning home run.

Then, in early August, Shifflett got himself ejected from a game. In a chippy ballgame, Shifflett let one get too far inside against Oakland, hitting Rickey Henderson. Since both sides had been warned previously, Shifflett was gone.

"All I was trying to do was get inside," Shifflett told The Associated Press afterward, "let them knw that even with the warning, I can't start throwing over the middle."