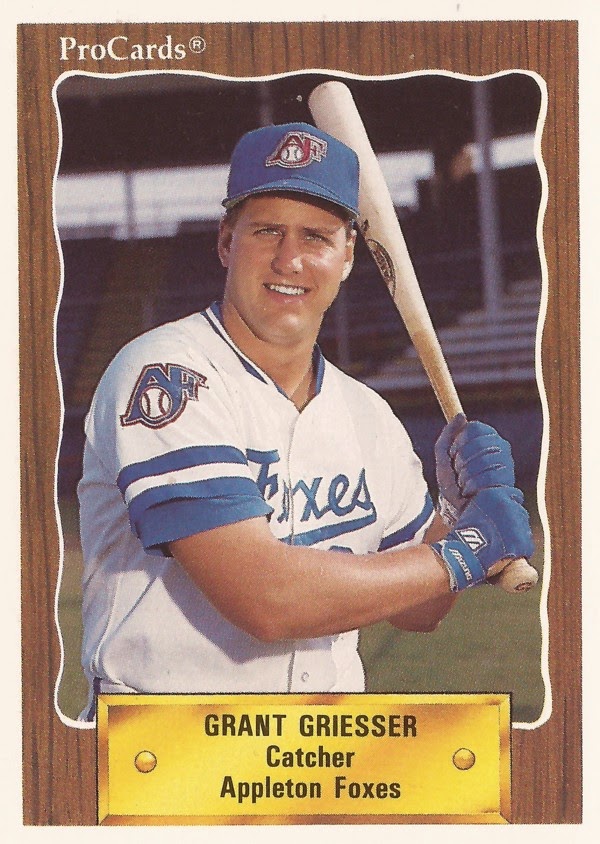 Reds prospect Josh Holden impressed the team brass with his speed, agility and his strength, Grant Griesser told The Billings Gazette in 2005.

Griesser was the organization's director of player development. Holden was in his second year as a pro. He also still needed some work.

"He's still got to develop like every other player here, he's no different," Griesser told The Gazette. "He just happens to have some tools that are interesting and we want to get him on the field and let our instructors get their hands on him full time, because when he was in the Army we didn't have him full time."

Years earlier, it was Griesser who had the tools. His tools, though, could only take him to two seasons.

His career in baseball, though, continued beyond that. He later became a minor league general manager and an assistant director of player development with the Reds.

Griesser's career began in 1989, signed by the Royals as an undrafted free agent out of Miami University of Ohio.

He played his first year in the rookie Gulf Coast League. The catcher hit .310 in 19 games there.

Griesser moved to single-A Appleton and high-A Baseball City for 1990. In 79 games between them, he hit .243. It was his final season as a pro.

Within a few years, Griesser was in independent ball, serving as general manager at Elmira. By 1998, he was in the Florida State League as GM of the Vero Beach Dodgers.

"It is what it is," Griesser told the news service. "It's gooey, sticky, pine-smelling sap. But you have to have it. The bat will fly out of your hands if you don't have it in there."

By 2002, Griesser moved to the Reds, hired by his old college teammate Tim Naehring.

"I thought we could do a good job together and run this thing the right way, Griesser told The Cincinnati Enquirer that March. "It's been awesome. It's been well-received for the most part."