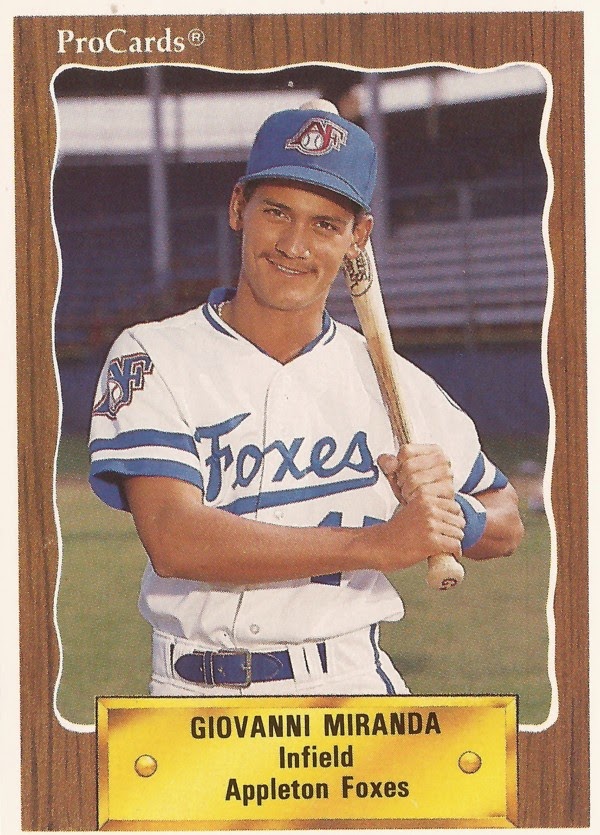 Baseball is what brought Miranda to the United States, signed by the Royals as an undrafted free agent in 1988.

"The greater Charleston valley ... is in great need of trainers and teachers for all sports, especially baseball and girls softball," John Wilcox, West Virginia Team USA owner wrote in a letter supporting Miranda staying in the U.S., according to The Gazette. "The market for individual and team instruction is huge and Mr. Miranda's expertise has surpassed our expectations."
1990 CMC-Pro Cards Tally
Players/Coaches Featured:1,614
Made the Majors: 789 - 48.9%
Never Made Majors: 825-51.1%
5+ Seasons in the Majors: 343
10+ Seasons in the Minors:201
Posted by Steve78 at 1:56 PM