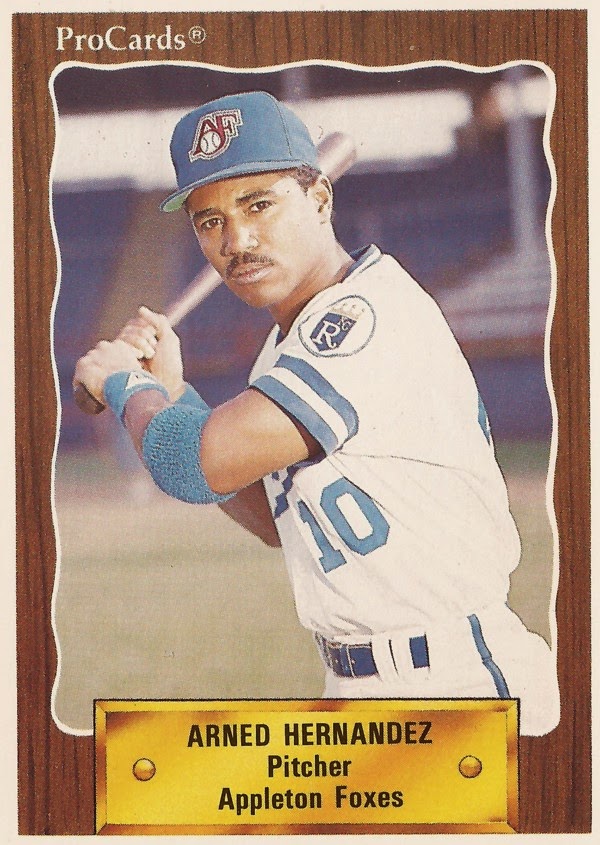 UNLV ran away from UC Irvine in this April 1986 game and they did it with the help of Arned Hernandez.

Hernandez was one of three Runnin' Rebels to hit home runs in the 13-1 win, according to The Los Angeles Times.

Hernandez is listed by UNLV as playing that one year there. Hernandez apparently went on from there to a three-season professional career, including a one-year stint at single-A Appleton.

The record, though, isn't certain that the UNLV Hernandez is the same Hernandez who played at Appleton in 1990. The time frame, area of the country and sport, however, fit.

The Hernandez of Appleton's career began in 1987, signed by the Brewers as an undrafted free agent.

The Tucson-native was previously drafted three times, first by the Braves in the 26th round of the 1983 draft out of Sunnyside High School in Tucson, according to Baseball-Reference.

He then was drafted twice out of Arizona Western College, in the fourth round of both the January 1984 and January 1985 drafts. He did not sign either time.

But he isn't recorded as playing professionally until 1987. In 1986, UNLV has an Arned Hernandez playing there. In a May 1986 game, that Hernandez beat a throw home, sliding in for the score.

With the Brewers, Hernandez played seven games at rookie Helena. Three of those games were played in the outfield. Four others were spent on the mound. He went 2 for 8 at the plate, and gave up seven earned in 4.2 innings on the mound.