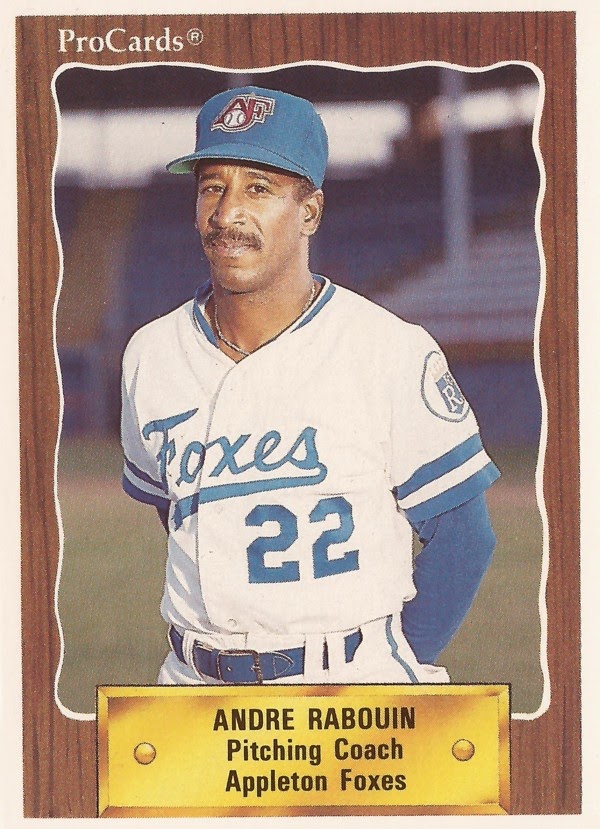 "What we're trying to do is get guys back to a [major league] organization," Rabouin told The Times. "But then there are some who just like to play ball."

Rabouin spoke to The Times having been a long-time coach in major league organizations himself. Rabouin had two decades as a coach, after a brief playing career in the minors.

And he continues to coach in 2014, coaching in college. Rabouin serves as pitching coach at Gallaudet University in Washington.

Rabouin's career in baseball began in 1972, taken by the Reds in the 26th round of the draft out of Texas-Pan American.

At Pan American, Rabouin helped his team to the 1971 College World Series tournament. In one game, Rabouin picked up a 1-0 complete game win, striking out 11 in the process.

Rabouin played just two seasons in the Reds system between rookie ball and single-A. He's also credited as playing at single-A Bakersfield in 1979, as well as in Panama. From 1974 to 1988, he played summer and winter ball in Mexico.

It was in 1988 that Rabouin started his coaching career. Rabouin coached that year and the next two at single-A Appleton in the Royals system.

In 1998, Rabouin was in the Reds system, serving as pitching coach with single-A Charleston. He also used the Spanish he learned in Mexico, according to The Cincinnati Enquirer.

Rabouin used that Spanish in his coaching of Latin players. "Tranquilo," Rabouin told one pitcher on the mound that year, according to The Enquirer. "No paso nada." Rabouin told the pitcher to calm down, the situation wasn't a big deal.

In 2008, Rabouin traveled to China with MLB Play Ball to promote the game there with the country's youth.

"The most fun is working with kids, you see the joy of the game in them and watch them improve," Rabouin told Yahoo! Sports, "but our biggest impact is teaching the teachers."

Rabouin soon moved to Gallaudet University as pitching coach, where he continues in 2014.

In April 2008, as he coached Southern Maryland, Rabouin reflected on his career to The Calvert Recorder.