Andy Skeels used his leadership skills over a decade as a pro; Later used them as minors manager

Skeels has since moved on to serve as a hitting coach and manager in the minors. By 2008, Skeels was manager at single-A Augusta. For 2011, Skeels moved to single-A San Jose, where he remained for 2013. He continued with the Giants as a scout in 2019. 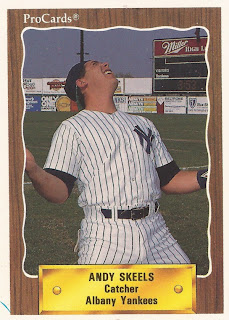