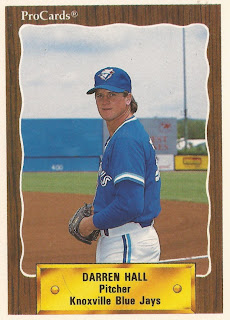 New Dodgers addition Darren Hall started off hot in spring 1996, going six outings without giving up an earned run, according to The Los Angeles Times.