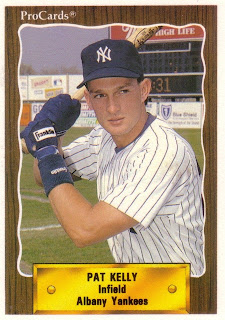 Kelly joined the Yankees system in 1988, taken in the ninth round of the draft out of West Chester University in Pennsylvania. He played that year at short-season Oneonta, made AA Albany-Colonie in 1990 and AAA Columbus and the Bronx in 1991.