Eric Anthony had a quick bat with pop, worked to be consistent; Made bigs over nine seasons 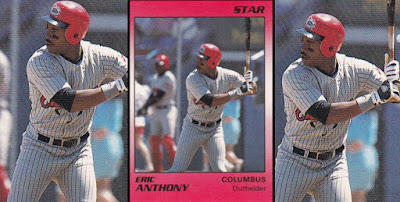 Eric Anthony made the jump from AA to Houston in July 1989 and he soon picked up his first hit - a home run, The Los Angeles Times wrote.

Houston manager Art Howe explained the move to The Times early on, as well as Anthony's prospects for the future.

"It's hard to say how he will do. He's only played three ballgames. But he’s hit the ball well. He’s got a quick bat with a lot of pop," Howe told The Times. "His attitude is outstanding. He's all business . . . (And at least) for the time being, he's in the lineup."

Anthony eventually did well enough to see nine major league seasons, including two campaigns with the Astros where he saw more than 130 games. He didn't play his last major league contest until 1997, with the Dodgers.

Anthony's career began in 1986, taken by the Astros in the 34th round of the draft out of Sharpstown High School in Houston.

Anthony started with the Astros in the rookie Gulf Coast League and he returned there for 1987. He played 1988 at single-A Asheville and hit 29 home runs.

For 1989, Anthony saw AA Columbus, AAA Tucson and Houston. He got into 25 games for the Astros and went 11 for 61. Four of those hits were home runs.

"I don't know of very many rookies who come in and abuse the league, really. I know what I'm capable of doing. I want to show that on the field," Anthony told UPI that February.

Anthony's season that year consisted of 39 games, but he returned for 137 in 1992. He hit .239, with 19 home runs. That March, he spoke to The Orlando Sentinel about his expectations.

"A lot of pressure has been taken off me, which has helped, but I think it is all mental," Anthony told The Sentinel. "I have just not made the mental adjustments you have to make in the big leagues. Right now I am just trying to put my whole game together and make myself more consistent."

Anthony saw time in four more seasons, including 44 games in Japan with Yakult in 1998. His final recorded time came in 2001 in Mexico, with Monterrey. 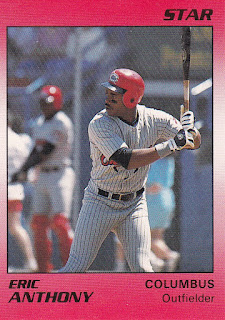