Originally published Aug. 20, 2016
Edinson Renteria's first job in his native Columbia consisted of being a street vendor with some of his brothers, according to ESPN.com.

Renteria continued on in baseball, serving as a coach over several seasons. He served with the Braves as hitting coach in the Gulf Coast League from 1997 to 1999. He also served as a coach at Jamestown, Macon and Myrtle Beach. 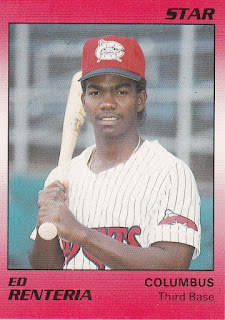