Originally published July 19, 2016
The Houston Astros readied to open the 1995 campaign and reliever Dean Hartgraves readied to join them.

"It finally paid off," Hartgraves told The Citizen. "It was even sweeter for me being a fringe player and not a prospect expected to make it." 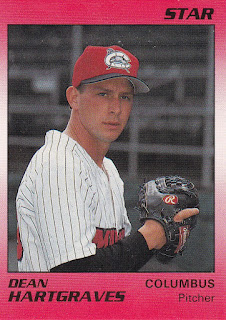