Originally published Feb. 21, 2016
A trip to the 1987 College World Series championship game on the line and down by three quickly, Stanford couldn't wait. So, in came relief pitcher Al Osuna - with one out in the first.

Osuna moved to the Dodgers for 1994, getting into 15 games. He played 1995 at AAA and briefly in independent ball before returning to he majors one last time with the Padres in 1996. He got into 10 games there, with a 2.25 ERA, ending his career. 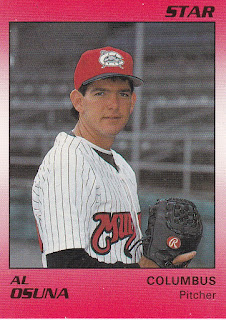