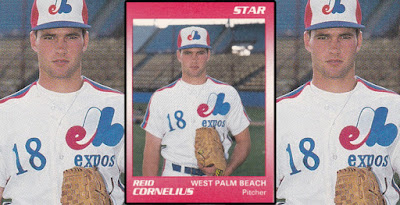 Reid Cornelius had a big decision coming out of Alabama's Thomasville High in May 1988, according to The Selma Times-Journal.

He already had a scholarship at Mississippi State. But his fastball also caught the attention of the pros, and with it a potentially lucrative offer to start his career early, The Times-Journal wrote.

"There's been a good bit of pressure," Cornelius told The Times-Journal then. "There were so many pros and cons both ways. No matter which I chose, people are going to question me."

Cornelius eventually chose the pros, with the help of a then-record signing bonus for a high school player of $225,000.

His pro career then led to time in three big league seasons as a player - and more later as a big league coach.

Cornelius' pro career began that year in 1988, taken by the Expos in the 11th round of the draft out of Thomasville.

The Montreal Gazette wrote in July 1991 about elbow problems that slowed Cornelius' fastball, but also prompted him to be a better pitcher.

"I remember seeing the kid when he could pop the fastball," Cornelius' coach at AA Harrisburg Joe Kerrigan told The Gazette. "He's learned how to pitch in the last two years, because he didn't have the fastball."

Then, in April 1995, he debuted in Montreal. He saw eight games in relief. He gave up eight earned runs in nine innings pitched. The Expos then sent him to the Mets in June and he saw another 10 games, all starts. He went 3-7, with a 5.15 ERA.

"I wasn't thinking no-hitter at all [before the first hit]," Cornelius told The South Florida Sun-Sentinel afterward. "It's just one of those things. They mis-hit some balls, the defense did a great job, Paul [Bako] did a great job calling the game."

Cornelius soon turned coach. By 2003, he worked as pitching coach at single-A Greensboro. He then spent five seasons at high-A Jupiter. In 2010, he joined the Marlins in Miami as bullpen coach. He stayed there through 2016.

Most recently, he served as pitching coach again at high-A Jupiter in 2019 and was set to return there for 2020 before the season was canceled due to the coronavirus pandemic.

In 2017, he was with the Braves at AAA Gwinnett, serving as pitching coach. He spoke to The Gwinnett Daily Post about his approach, keeping pitchers focused on improving. 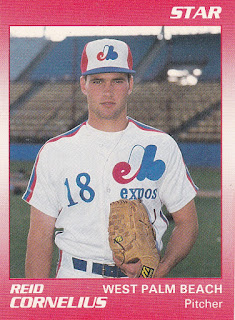